Graphic Novels for Fans of Ghibli 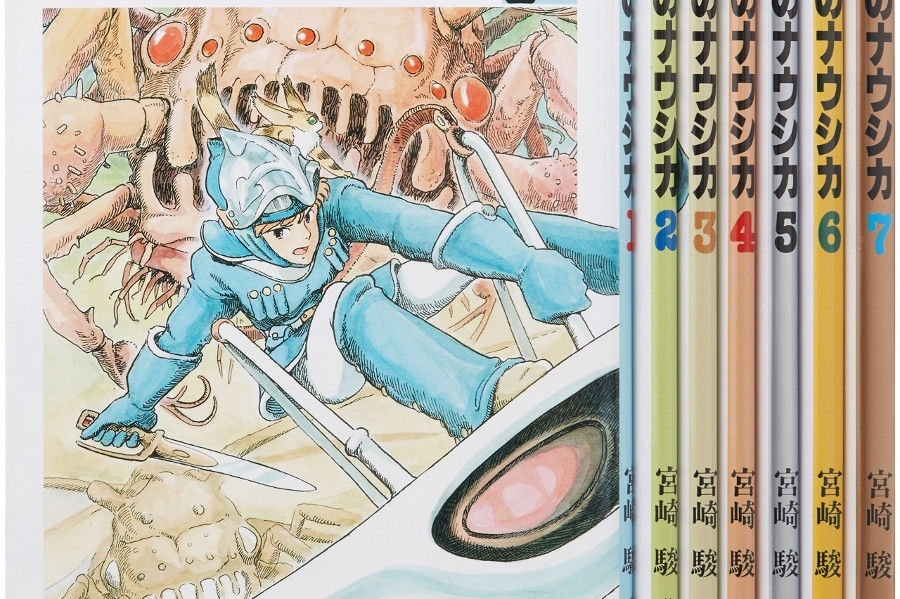 Studio Ghibli films have inspired the imagination of viewers for over thirty years and there is almost nothing like them out there but after viewing it always makes you want to stay in those worlds for a little bit longer. In Today’s post I want to show some works available in print and that can be found in comic stores like ours to take you back to those magical places! 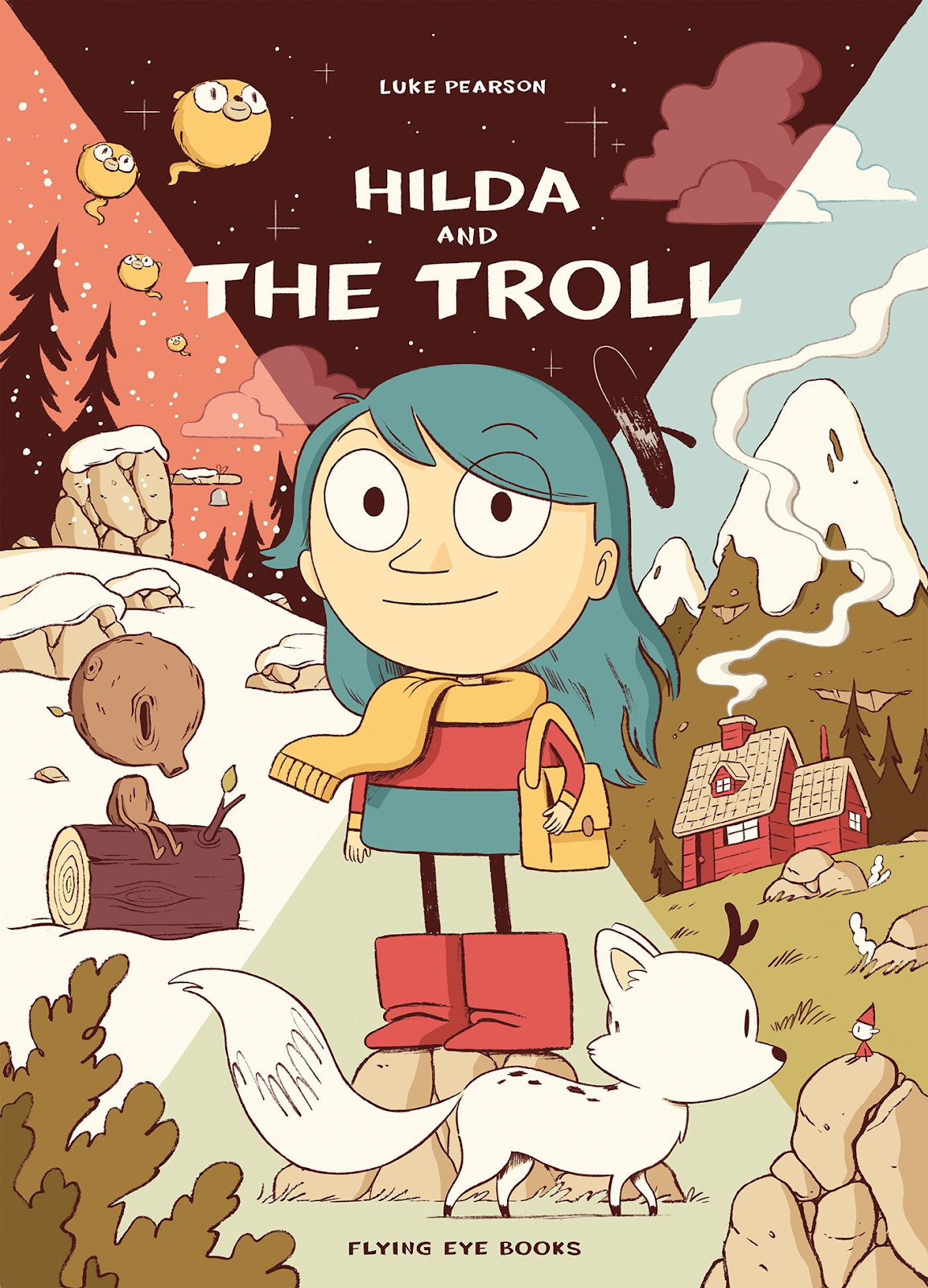 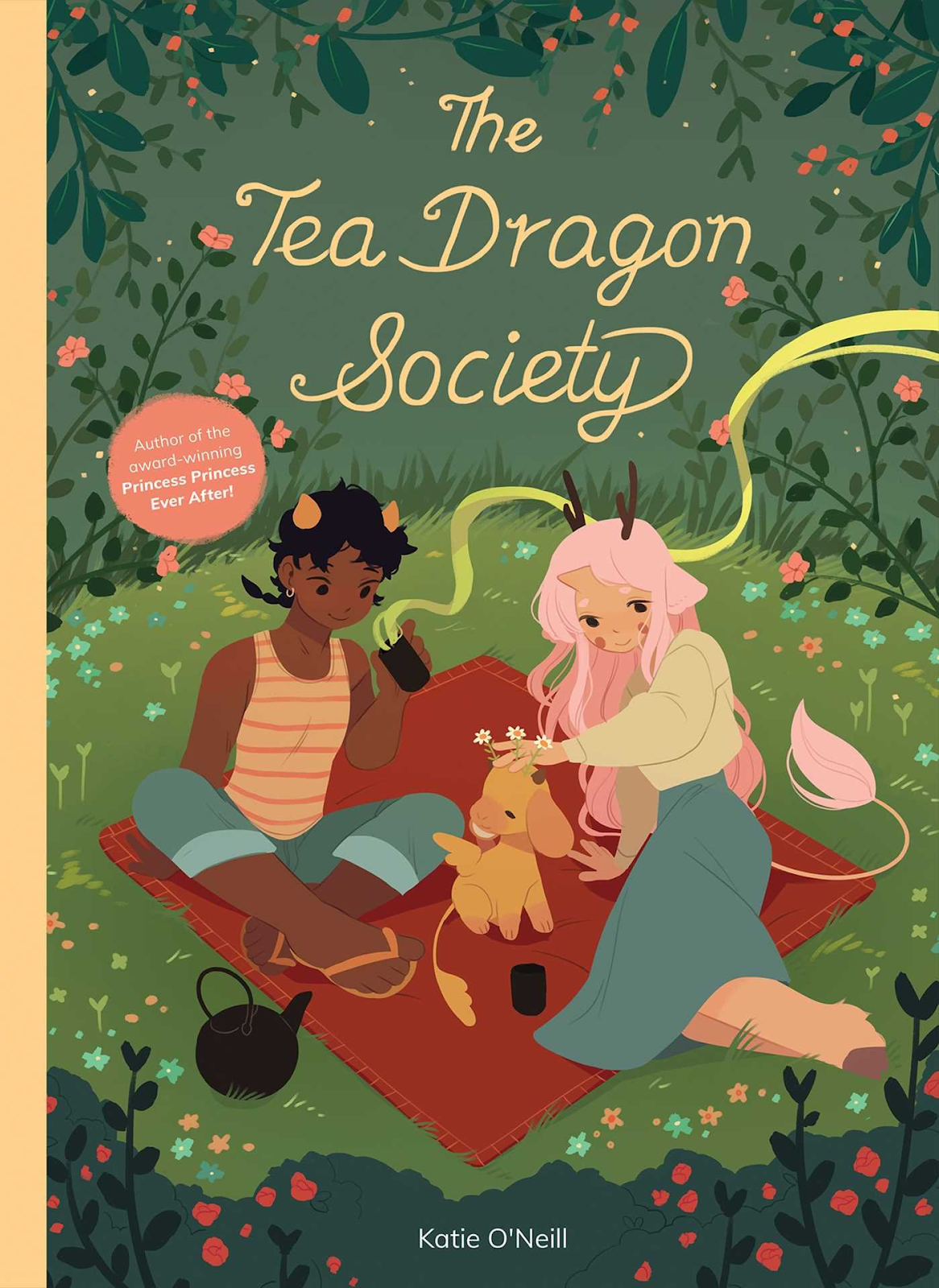 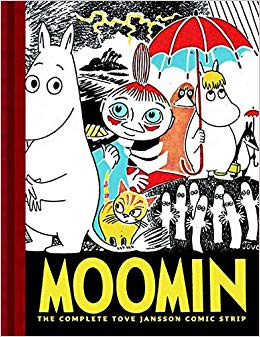 My Neighbor Totoro is a film known for its charming visuals and overall tone and surprisingly there are a few comics in publication that give off this same feel of a cozy life with magic hidden in the corners if you take the time to look in nature. Hilda has recently found success as a cartoon on Netflix and the comic itself is wonderful. It is about a little girl who lives in the mountains with her mother and her deerfox Twig helping magical creatures and longing for that nature she grew up in when she moves to the city. Her misadventures are a welcome read for any Ghibli fan!

Writer and artist Katie O’Niell has a few sweetly and lovingly written fantasy kids books under her belt but this one in particular gives off the easy going heart warming fantasy title everyone should have on their shelf. It is set in a fantasy world where a young girl who is a blacksmithing apprentice discovers “tea dragons”, magical beings who are based on types of tea for steeping and befriends them and learns to keep the tea making tradition alive and is a sweet love story as well.

Moomin is a popular Swedish character nearly as famous as Mickey Mouse and the comics by Tove Jannson are as charmed as any studio Ghibli film. The Moomins are trolls living in a beautiful land called Moominvalley where their family goes on various misadventures around the forest and its eccentric residents joining in. This is one of my personal favorite series so a comic strip connoisseur as well as a slice of life anime fan would enjoy.

If you like Castle in the Sky and Porco Rosso try… 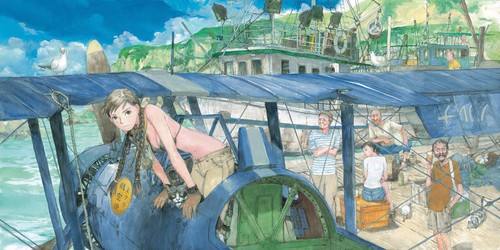 Wandering Island is almost just like out of a Ghibli film, the artwork is beautiful and there are moments where there are no dialogue and the art and pacing tells the story. A young pilot/delivery girl takes it upon herself to deliver a package to a fabled flying moving city that had never before been discovered, or so she thinks. For aviation fans of Porco and a tale of mystery and wonder like Castle in the Sky, I highly recommend this currently two volume manga!

If you like Kiki’s Delivery Service and Spirited Away try… 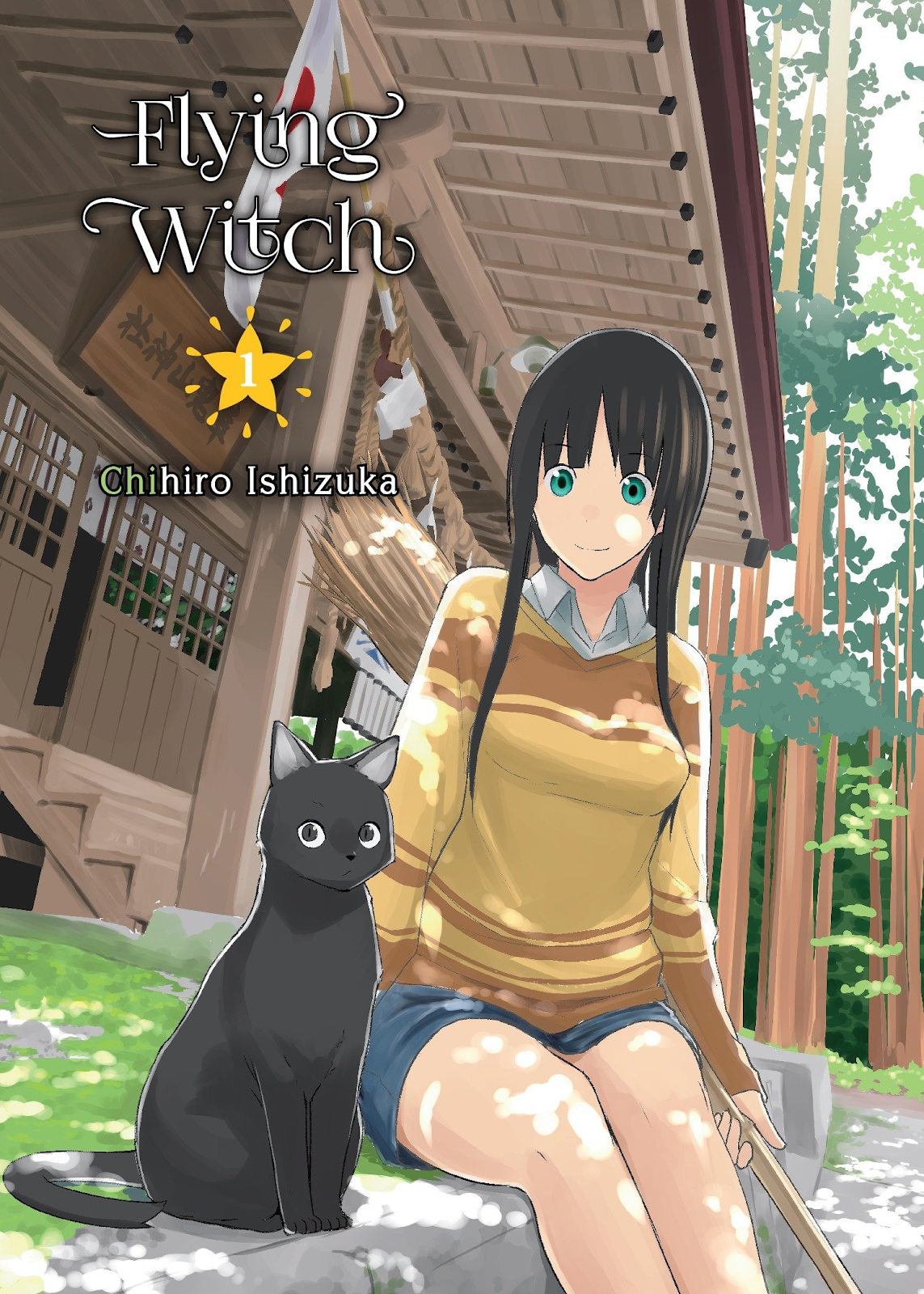 Both of these manga are about young witches coming into their own but all in different ways. For a fun lighthearted book with a colorful cast with the lead Akko trying to become the best, definitely try Little Witch, and for a serene slice of life story about a young witch returning to a small town to practice magic with plenty of subtle humor and charm, I recommend Flying Witch. All capture the innocence and struggle of a young witch proving themselves as encapsulated in Kiki so I would give them a try! 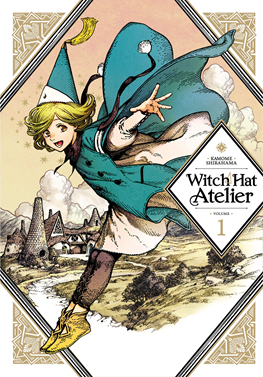 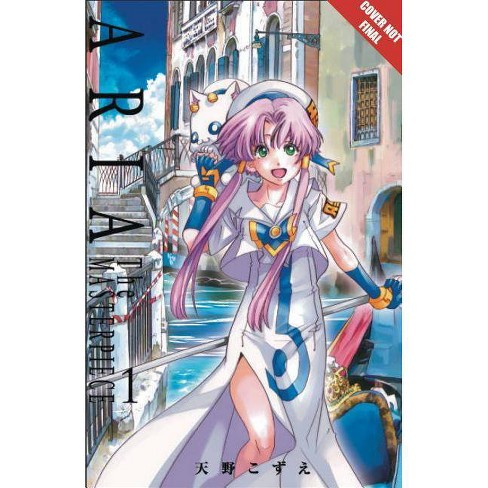 Kamome Shirahama’s artwork is known in the comics world for her Marvel Star Wars comic covers and DC comics variants but her own original work is fantastic. For more of a high fantasy story with a young girl struggling with learning magic from scratch in a world where high trained witches born with the gift resent her and she beats the odds, I would recommend Witch Hat Atelier and the setting and artstyle ring true to the feel of the masterpiece that is Howl’s Moving Castle.

Aria is already a much beloved work to anime and manga fans but for fans of high fantasy and slice of life, it is a must. It and its prequel Aqua take place in Neo-Venezia with the main character Akari exploring and learning to be a to be a journeyman taking in the lush environments and culture from the side of a gondolier.

Monstress by Sana Takeda and Marjorie Liu, Coda by Simon Spurrier and Matias Bergara, and The Legend of Zelda: A Link to the Past Graphic Novel by Shotaro Ishinomori Both Nausicaa and Princess Mononoke are known to be the pinnacle of high fantasy epics and these reads are no different. Monstress is worth a read for the artwork alone but the the story is as fantastical as the title suggests. It boasts a young female protagonist who shares a link to a monster and must navigate their world with this burden. Coda is a post-apocalyptic tale taking place after the end of all magic occurs. It follows along with the silent protagonist Hum who is writing letters and telling the exposition in the way of letters to his wife. It’s a beautiful book exploding with color and life and there’s also a pretty metal gigantic unicorn as his steed which is pretty cool too. And nearly every person has played through or at least been aware of the Legend of Zelda franchise but the reason this particular version is on this list is this is the rerelease of the original comics published in Nintendo Power in the early nineties which bring a whole new dimension to the game and the artwork truly speaks like a Ghibli film would. Even if you’ve never played a Zelda game but love these films, I would give this a read!

This one’s obvious, but if you like Nausicaa try….

Nausicaa of the Valley of the Wind by Hayao Miyazaki This sounds like an odd suggestion but if you have any love for this film, I highly, highly, highly recommend reading the print adaptation. It is lovingly drawn by the master himself, Hayao Miyazaki and adds even more depth to this insanely beautiful adventure tale. It comes out at nine volumes, each as beautiful as the last. A perfect read for fans of one of the most epic films ever made. 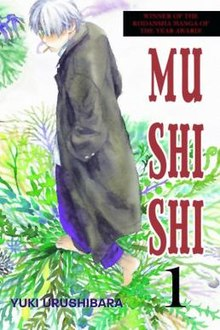 This book is a rare find but it is a gorgeous addition to any collection. Mushishi is about a wanderer and medicine man named Ginko who travels helping people with their paranormal pro 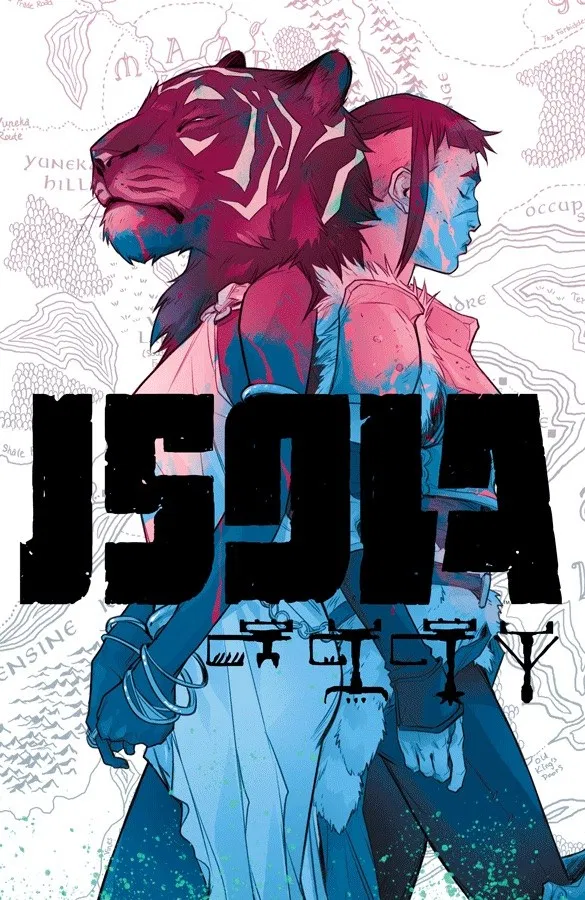 Isola by the first look screams Studio Ghibli magic and its premise even more so. It is a fantasy comic currently in publication with a wayward knight and a mysterious black and blue tiger as her charge, a transformed queen, trekking through a magical forest to return her to normal. It is currently still ongoing but the first trade paperback is on sale now and it is a feast for the eyes and hits those hard hitting themes that ascendency and nature vs. man that this film is known for. 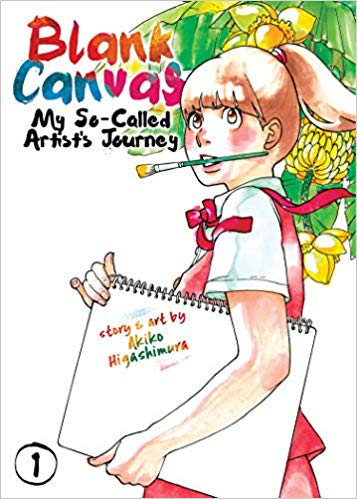 Akiko Higashimura is one of my all time favorite manga-ka and this title just recently published here in the United States hits that famous message that Whisper of the Heart is known for. It is a deeply personal autobiography of struggling with loss of motivation and identity in ones work and how you have to make yourself keep going and highlights the importance of the support of those around you. 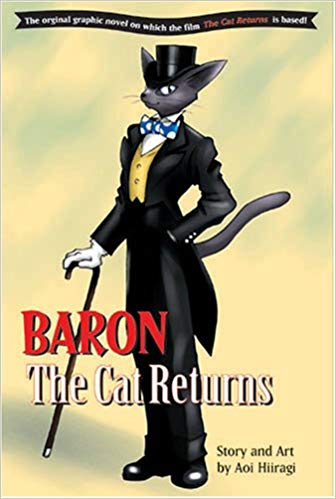 This, like the Nausicaa manga recommendation above are a bit of a gimme but in this case the film The Cat Returns (one of my favorite Ghibli films!!) was inspired by the manga so this is a must read for fans as it follows along the misadventures of the Baron Humbert von Gikkingken helping those in need, which of course was introduced in the film Whisper of the Heart. Definitely worth the read! 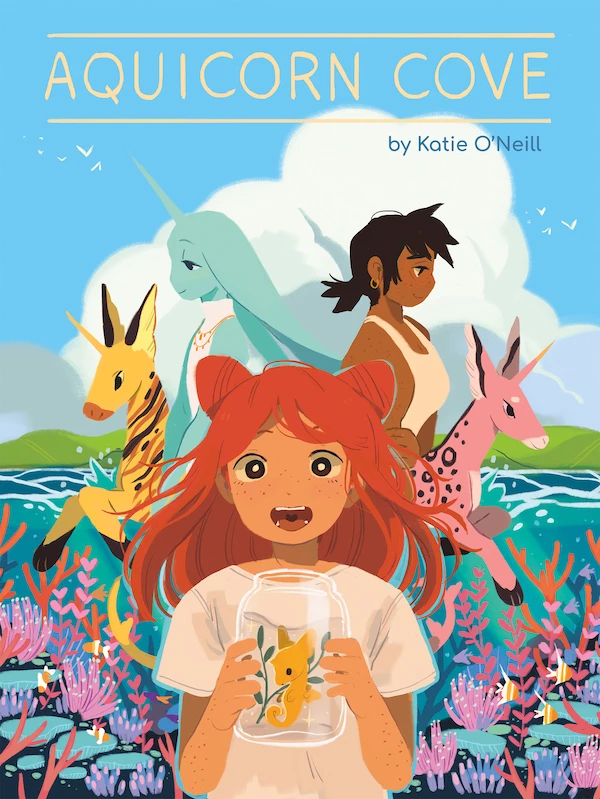 I previously stated that Katie O’Niell is a master in her right of heartwarming fantasy books and this self contained graphic novel also graces this list in its similarities to the film Ponyo on the Cliff by the Sea. It explodes color on the pages as its young protagonist returns to the island her late mother was from after a hurricane and discovers a magical sea creature resembling a sea horse called an aquicorn. She nurses it to health and discovers the islands magical history along with her family’s entwined history with it while also being a sweet love story it hammers home an important conservation message along with the adorable story and visuals.

Just from the first look, you can draw comparisons to the visual delight that is Arrietty, based on the novel the Borrowers, this manga is a sweet slice of life with the titular characters helping the forests dwellers with their problems while in its own right being a beautifully drawn its an easy read to get lost in.

Ancient Magus Bride by Kore Yamazaki, The Boy and the Beast 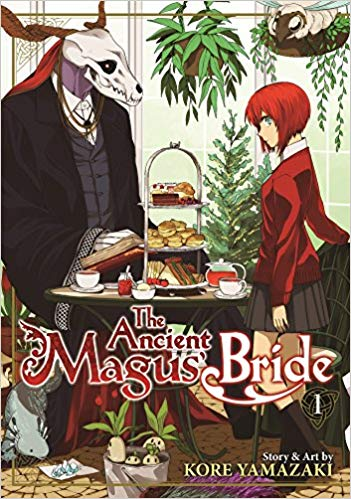 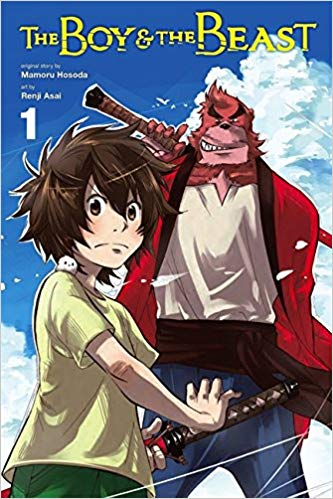 These two manga are similar but different but follow in some terms a similar premise to Spirited Away. They are both taken to magical worlds and adapt in ways you’d never anticipate. In Ancient Magus Bride, the heroine Chise is saved from a subservient life and is trained in the magic arts from her mysterious skull faced teacher, Elias. The visuals are insanely goreous and the tense magical story keeps you hooked all the way through! The Boy and the Beast is based on a film by another master filmaker Mamoru Hosoda of Wolf Children and The Girl Who Lept Through Time fame where the main character Ren is orphaned and while running away through the streets of Shibuya comes across an entrance to a magical world called the Beast Kingdom. He comes under the tutledge of a giant bear named Kumatetsu and trains in the fighting arts and becomes his own man in this spirit world where he struggles with his identity between these worlds going forward. They both fully engross you in their setting and I can’t put them down when I start!

Now here are some under that awesome high fantasy umbrella with those lush environments, captivating characters, and strong themes that I couldn’t fit under just one or two films that I would give a try as well! What’s your favorite Ghibli Movie? Come by any one of our Houston area locations and check out our Ghibli toys and books as well!

Girl from the Other side

Sera and the Royal Stars

Over the Garden Wall

Dream of the Butterfly

The Art of Spirited Away HC