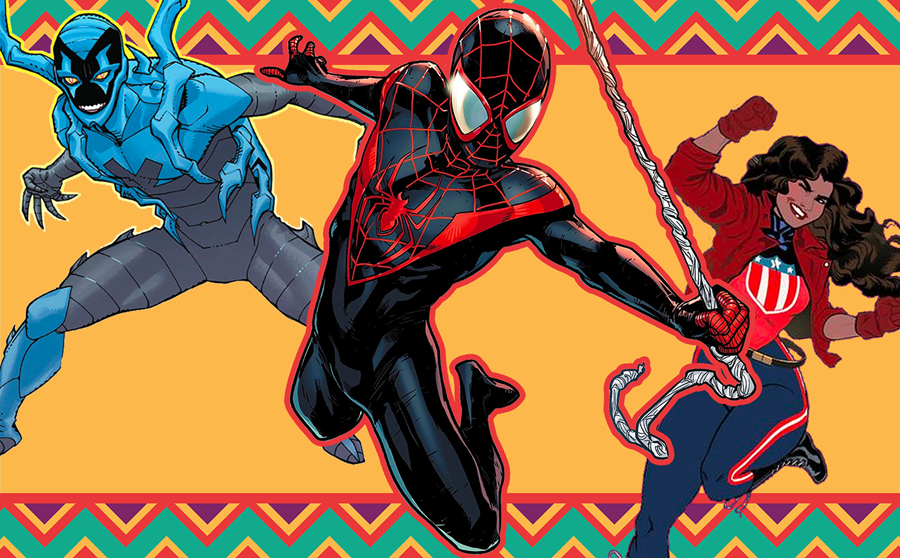 September 15th-October 15th is Hispanic Heritage Month and one of the many things to celebrate this month is with the representation and history in comics. As this month is well underway, this time is particularly special to me, the author, and I’m thrilled to share just a few of these incredible characters we’ll be highlighting and where to find them here at your local Bedrock City Comics store! 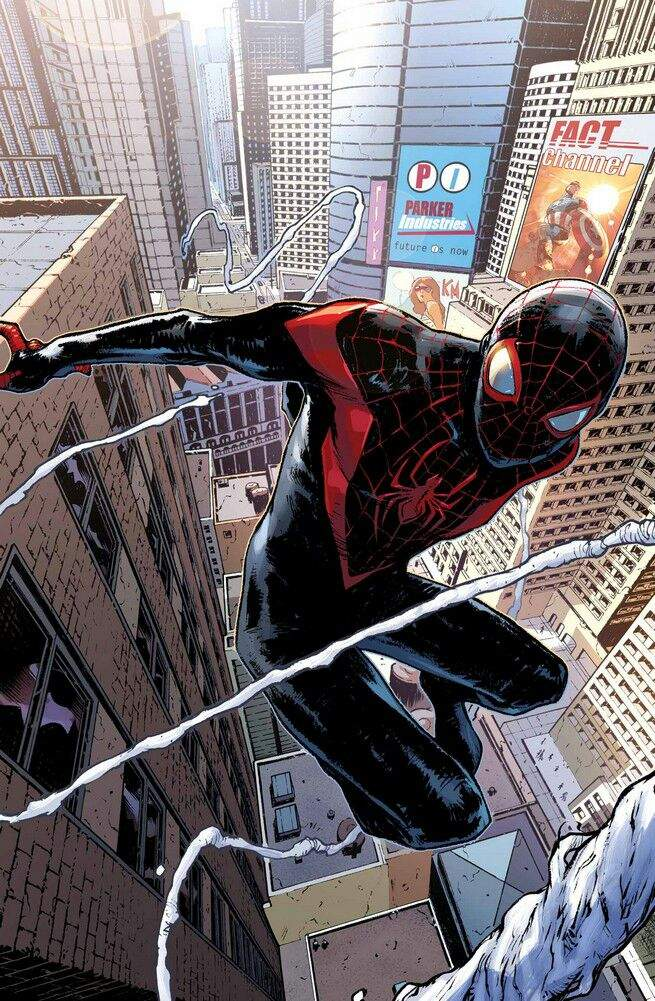 Miles Morales has been in the Marvel Comics mythos since his first appearance in the Ultimate Comics Universe in Ultimate Fallout #4 in 2011 following the death of that universe’s Peter Parker. After taking on the mantle, Miles has come into his own as the Ultimate Spider-Man and then after 2015’s Secret Wars event, he joined the main Marvel Comics canon. He sprang to stardom at last in Sony’s film Into the Spider-Verse and Sony’s hit video game for PS4 Spider-Man where he’s gotten a lot of people interested in reading about him and there is a plethora of titles to dive right in. He is of course on this list as he made headlines in his debut as being a latinx/african American spider-man. His mother, Rio Morales is Puerto Rican and this is often lovingly portrayed in the comics, TV shows, and the film in Miles. He is my favorite Spider-Man due to the fact that this was the first time I as a young reader had read about a Hispanic comic book character as I was just getting into comic reading seriously at the time. I, like many others, can’t wait to see where that spark in him will grow!

(In addition: There are actually a few other amazing Hispanic spider characters, including Spider-Man 2099 and Spider Girl Anya Corazon, for recommendations ask a BRC associate!)

Renee Montoya, like Harley Quinn was a character created for Batman: The Animated Series and has made major strides in the comic books since then. She first graced comic pages in Batman #475 so technically before her on screen debut, as an officer partnered with Harvey Bullock but continues on to be a detective under Jim Gordon. She is of Dominican descent and has been a recurring character in the Batman circle for nearly thirty years. During her police career she is ousted by Two-Face for identifying as a lesbian and quits the force but she rises once again taking on the moniker of the enigmatic Question. She’s made appearances in many comics over DC’s recent history including being Kate Kane Batwoman’s former flame and gracing the small screen in of course B:TAS and Gotham and soon to be in DC’s new film, Birds of Prey and the Fantabulous Emancipation of One Harley Quinn early next year.

What to Read: The Question by Greg Rucka, Gotham Central, Batwoman by JH Williams III 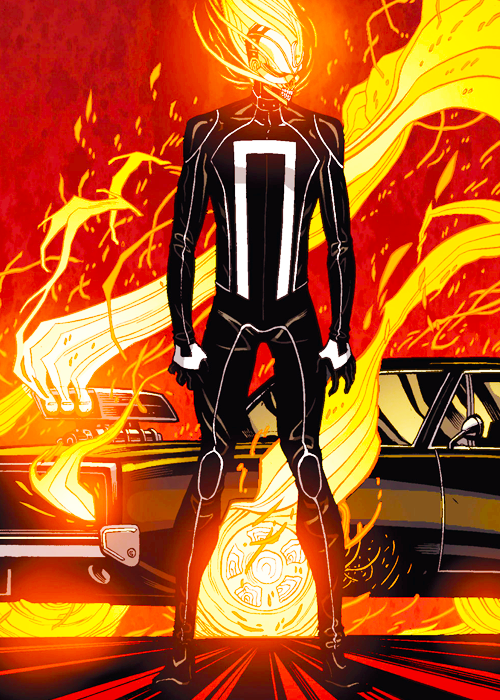 For me personally, this was the first Ghost Rider series that the premise really grabbed me. He certainly isn’t the first, second, third or fourth Ghost Rider in publication history but will always be my favorite. First appearing in All New Ghost Rider # 1 in 2014, Robbie is a young car mechanic who is working to support his disabled little brother by himself and is such a strong character on his own but there is an accident at the garage and he gets possessed by the spirit of vengeance (or so you think) and gains the iconic with a twist skull mask and in this iteration a flame spewing Dodge Charger. Oozing with style and color, artist Tradd Moore made his design unique and appealing and writing by creator Felipe Smith makes him so sympathetic towards his struggles with family and battling the demon inside of him. His portrayal by Gabriel Luna in Marvel’s Agents of SHIELD makes him more recognizable to fans now so I can’t wait for him to make more solid appearances in the comics going forward.

What to Read: All New Ghost Rider, Avengers by Jason Aaron 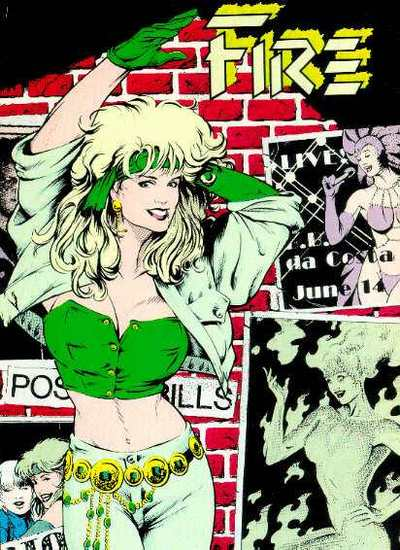 Fire and Ice were an inseparable comics duo in my favorite Justice League run, Justice League International and Fire herself has a firm foothold in the Justice League’s history. She first appeared in Super Friends #25 in 1979 going toe to toe against the Man of Tomorrow himself, Superman. She hails from Rio de Janeiro, Brazil and her culture has always been a defining characteristic for her. Pre-Crisis on Infinite Earths she was the CEO of Brazil’s Wayne Enterprises given mythical abilities to transform into a fire goddess and post she was a showgirl turned secret agent turned superhero after an accident giving her the ability to cover her body in green fire and of course, have fire powers hence the name. Her role in JLI as the protective firebrand, sisterly towards Tora (Ice) and combative with the team’s Green Lantern, Guy Gardner, her interactions with the team always kept the pages turning for me, along with the fact that she is the longest tenured Justice Leaguer! 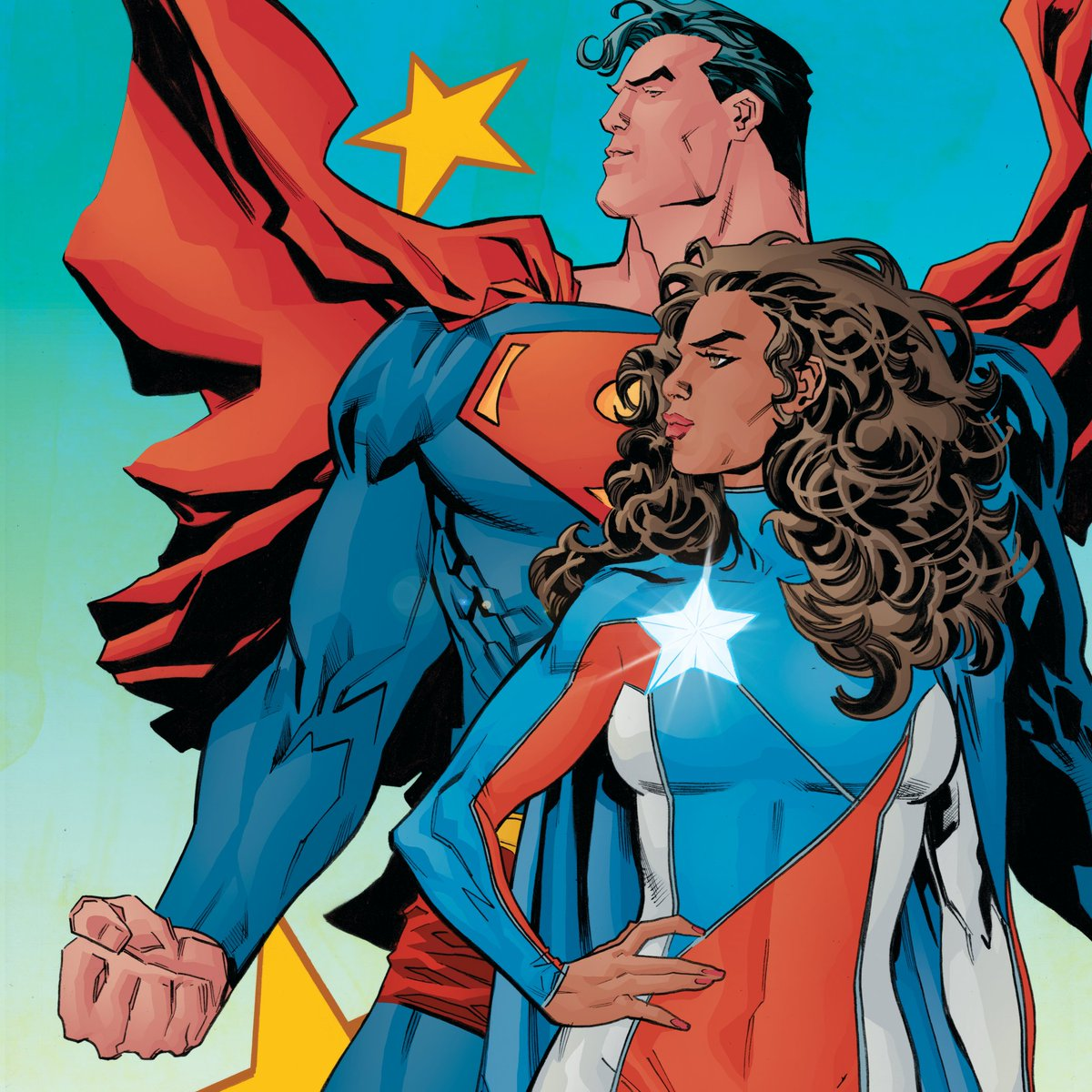 Marisol had her major comic company debut in 2017 under DC comics’ Ricanstruction graphic novel, an anthology which profits raised money for the devastating hurricane in Puerto Rico, Hurricane Maria. But prior to this, La Borinqueña has had a big following in Puerto Rico for years before. With her name being the same as the island territory’s anthem, she’s been a symbol of hope since her inception in 2016. Marisol is the afro-latina daughter of Puerto Rican parents living in Brooklyn who discovers her powers upon visiting the island of Puerto Rico. In the anthology she works alongside Wonder Woman and Superman to bring relief to the island and protect wildlife and I have my fingers crossed for future collaborations between DC and her character!

What to Read: Ricanstruction, La Borinqueña

In the events of Justice League in 2013, Jessica Cruz is given a power ring under tragic circumstances. She is a witness to a murder and is left scarred. The ring, an evil embedded version of the ring at least, finds her then and she does not want to take the responsibility as the ring is using her fear and anguish to attract an evil force. Jessica is a unique character because of her growth and the struggles she overcomes. She is Mexican/Honduran American and is an official Green Lantern Corps member. She was also partners with fellow Green Lantern of Earth Simon Baz in their own titles Green Lanterns and has held her own in the Justice League. 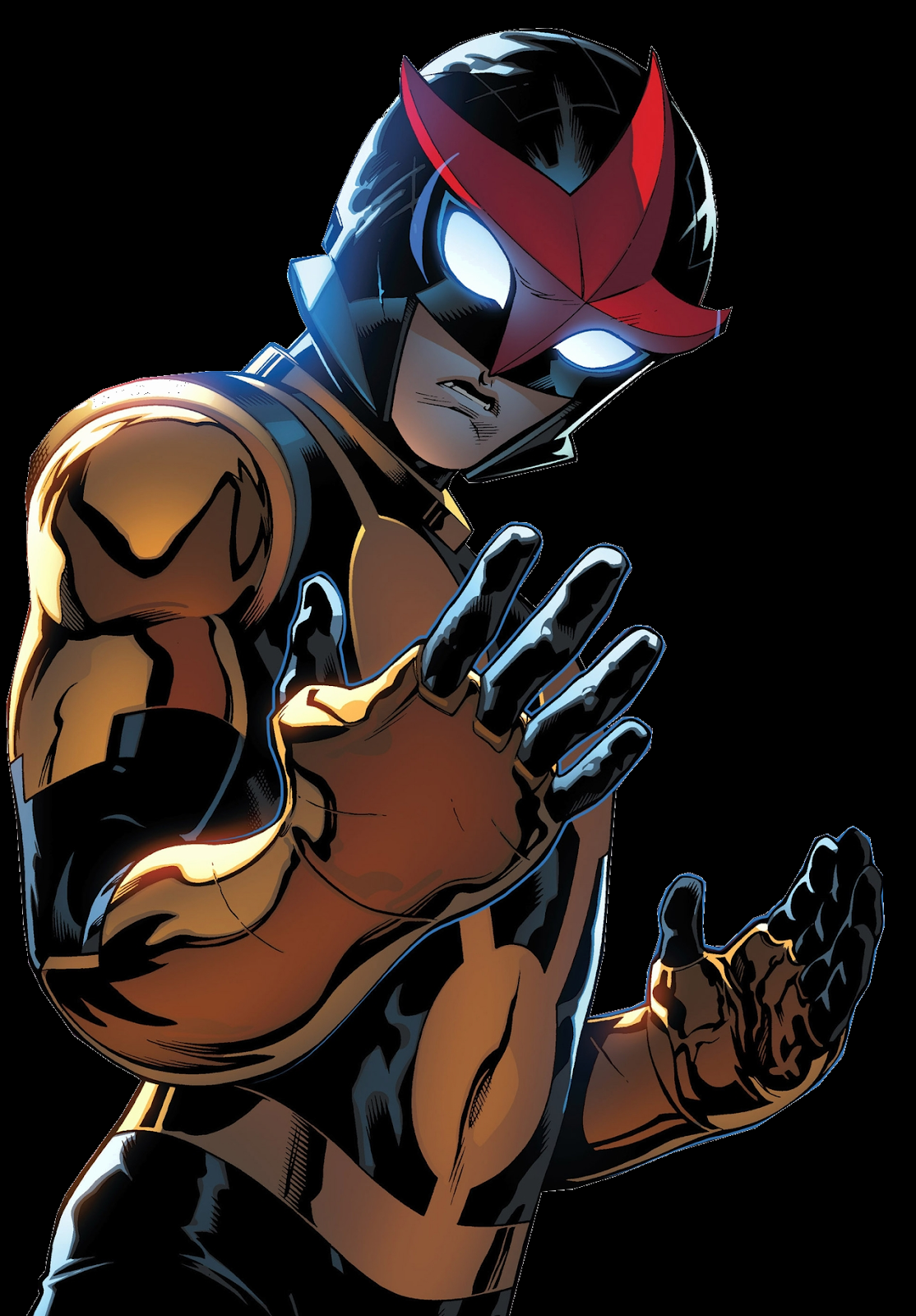 Like many of Marvel’s current break out stars, Sam first appeared in Marvel’s Point One one shots in 2011. Sam’s story is one of overcoming adversity, growing up in with a drunkard father and helping his mother raise his little sister Sam one day discovers his father was once part of the Nova Corps and is now missing. Sam puts on the helmet and becomes Nova. The original Nova, the late Richard Rider is a shadow that looms large over Sam but he is quick to become his own man. He’s been a Nova Corps member, worked with the Guardians of the Galaxy, been an Avenger, and is currently in the Champions with the likes of Ms. Marvel and Miles Morales. 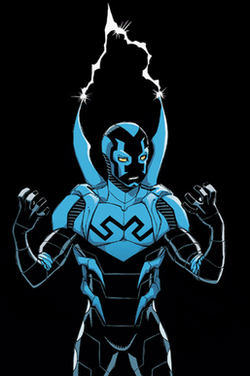 Being a Justice League International aficionado, Ted Kord Blue Beetle is one of my favorite comic book characters but he has a tragic tendency to have stayed dead (until recently!) since Countdown to Infinite Crisis in 2005. That being the case, when the new Blue Beetle came to be a short time later in Infinite Crisis, it surprised me the unique and fresh take on the more literal iteration of the Blue Beetle. Back when Blue Beetle was a Charlton comics character, the blue beetle had the power from a mythical scarab which gave then Dan Garrett in 1939 his power. In Captain Atom #83 in 1966 when Ted lord got the scarab, he was unable to access the scarab and despite being a brilliant inventor, had no inherent super powers. Flash forward to 2006, Jaime Reyes was discovered by the scarab and it quite literally attached itself to him as a parasite but giving him a superpower eco-skeleton and becoming the new Blue Beetle. Jaime is a relatable teenager just trying to survive but quickly comes into his own and in DC Rebirth he does finally have Ted Kord post reboot as a mentor but even without that he was doing just fine. In shows and DC animated films Jaime truly gets to shine and is definitely worth a read! 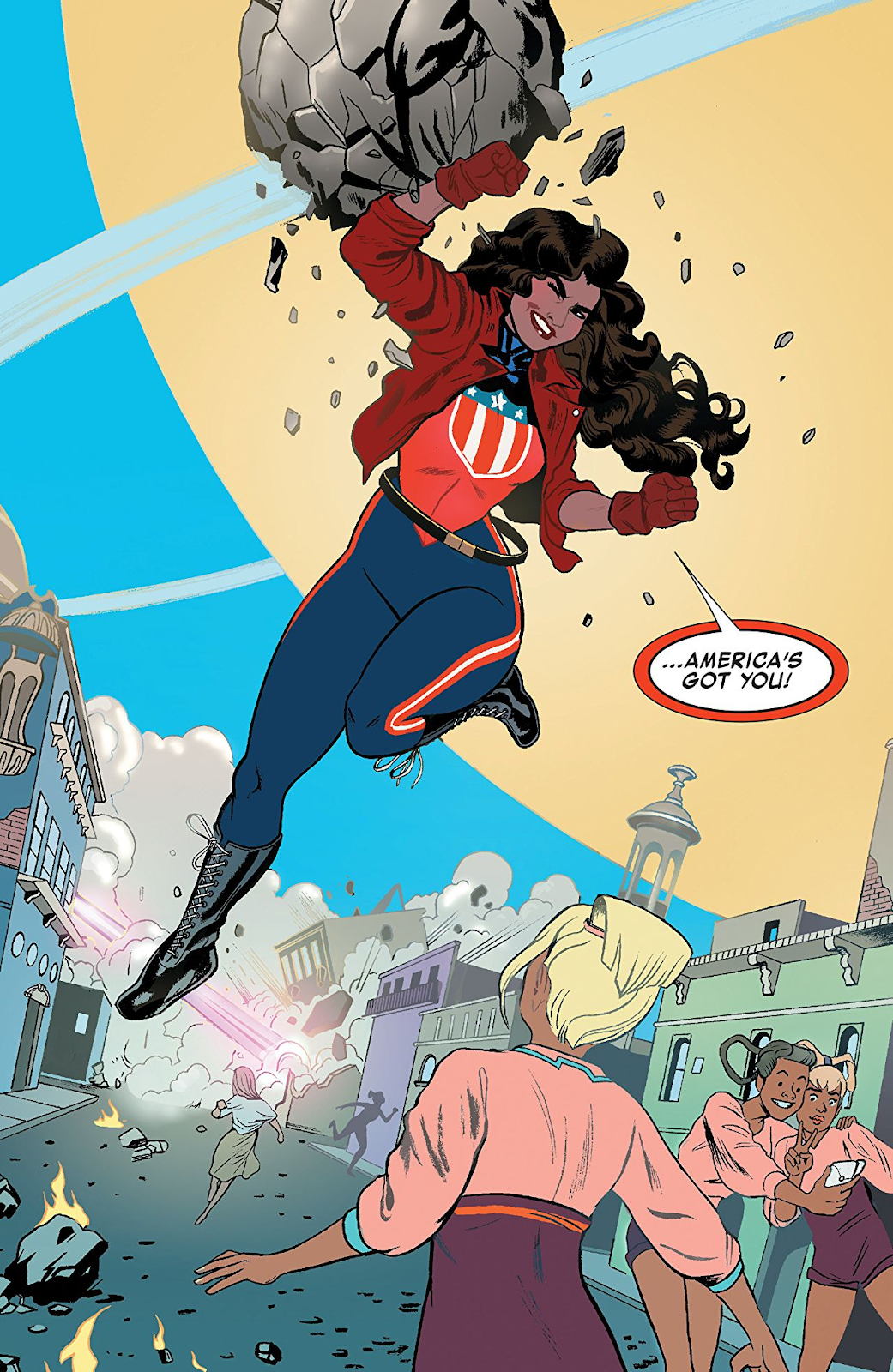 First appearing in the mini-series Vengeance #1 in 2011 but as a major character in Young Avengers, America Chavez has always been a unique character. An openly out and proud lesbian (Marvel’s first Latinx LGBTQ+ character!) and an inter-dimensional star punching powerhouse, she’s always unabashedly been herself and I love her for that. She’s a protector of the multiverse, a fierce leader, and the best friend to Hawkeye herself, Kate Bishop. She’s popularized by Kieron Gillen’s interpretation and has starred in several Marvel animated TV shows and continues to be a rising star.

This is just scratching the surface of what comics have to offer and there are always more stories to come. There are tons of other characters not featured in this list such as Sunspot, Bane, White Tiger, the Runways’ Victor Mancha, Firebird, Kyle Rainer Green Lantern, and so many more. Be sure to ask for recommendations at your local BRC!