Path of the Dark Saber 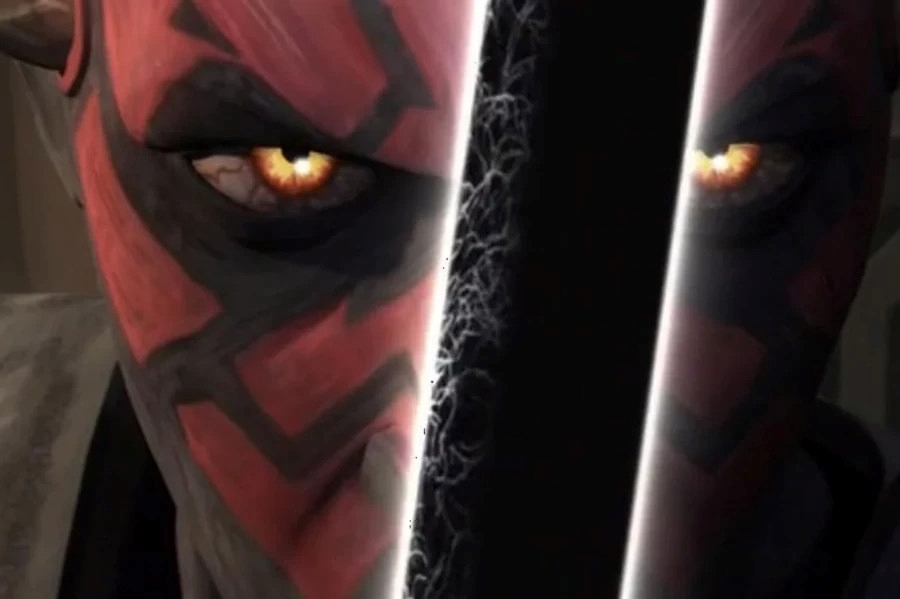 *Spoilers for the Mandalorian ahead!*

Star Wars always since its inception in 1977 has had a lot of lore. Now in 2020, that is no different where even the smallest plot device can come back in a big way years later. This is definitely the case with the legendary blade, the darksaber. The darksaber has been seen in many of the Star Wars shows since 2008, and after the hit show the Mandalorian ended its first season, it is of course, on the forefront of people’s minds once again.

First officially seen in the Star Wars: the Clone Wars cartoon, the darksaber is an ancient Mandalorian weapon carried by the Death Watch leader, Pre Vizla. (Death Watch was an anti-faction of Mandalore’s pacifist government during the Clone Wars, and it is believed that Death Watch, based on their signet, is the group who found the Mandalorian as a foundling…!) The darksaber is in appearance similar to a lightsaber but glows seemingly in a negative space, a deep black outlined in a bright white, immediately catching the viewers eye to it and of course many characters across the Star Wars universe.

In Clone Wars, the darksaber is held on the moon of Mandalore Concordia which is the home base of Death Watch and is an heirloom of the Clan Vizla. As is now known by many fans after watching Clone Wars, Rebels (where he meets his actual end), and the film Solo, Darth Maul is very much alive and has a hand in this weapon’s story as well. Maul and his brother are found by Death Watch after a run in with the jedi and they form an alliance against the government of Mandalore. Darth Maul takes the saber after killing Pre Vizla in a duel after they successfully lead a coup against the current government and rules Mandalore for a time after also killing its queen, Satine Kryze. Maul reigns over Mandalore but is discovered by his old master Darth Sidious and is confronted on Mandalore. After Sidious destroys Maul’s insurgence and kills his brother Savage Oppress, he and the darksaber are not seen again until the comic series the Son of Dathomir.

In this comic, Sidious still has use for his former apprentice and uses Maul to draw out the leader of his home planet Mother Talzin to challenge her power over the dark side of the force. Maul and the saber are once again not seen again until years later in the Disney XD show Star Wars Rebels.

The darksaber is found on Dathomir by padawan Ezra Bridger who is being manipulated by Maul and he eventually escapes Maul’s influence and takes the darksaber where it is given to Jedi Master Kanan Jarrus and rebellion fighter and Mandalorian Sabine Wren. She is trained in its use by Kanan and the Protector of Concord Dawn, Fenn Rau. After a skirmish between the remnants of Death Watch and their now Imperial influence, the rebels of the Ghost return to the planet Mandalore to liberate it and the darksaber is given to the sister of the deceased duchess, Bo Katan Kryze. It is established in Rebels that whoever holds the darksaber is the true ruler of Mandalore also known as Mand’alor.

This is the last time we see it (and now in live action!) until it falls into the hands of Moff Gideon in the shocking season one finale of the Mandalorian. All we know of this Imperial in the post Death Star II galaxy is that he is on the hunt for our clan of two protagonists and he has the means to pursue them to the galaxy’s edge (haha.) We of course in the audience have no idea how the darksaber made it from the hands of its rightful ruler leading the planet of Mandalore but we do know that it is said in the show that Mandalore is no longer a viable place for Mandalorians by the Armorer to reside so is Mandalore decimated?  Did Gideon kill Bo Katan to get it? Is Moff Gideon a Mandalorian? Will our hero claim his creed’s blade? Was it lost in the Siege of Mandalore, which will be shown in Clone Wars season 7 next month or do we have to wait until fall of this year in season 2?? Either way we will be waiting with bated breath! Write your theories in the comments below or come into the stores to chat Star Wars with us and pick up some good reads while we all wait together! MTFBWY!