US Presidency in Comic Book History Now I know we are already in March, this blog post was originally written before the ice storm so forgive the delay! President’s day was February 15th during Houston’s historic ice storm and I figured then when I started writing this that it was the perfect time to address the many Presidents who have made appearances (or implied appearances) in the pages of our favorite issues (some of which are pretty bizarre!) and of course discuss several of the fictional presidents and campaigns featured in both the DC and Marvel Universes. Of course this list is not at all every president or storyline that has appeared in comics, just a few I really enjoy. We have these and so many more still in our back issues at all of our six Houston area stores so be sure to come on by! 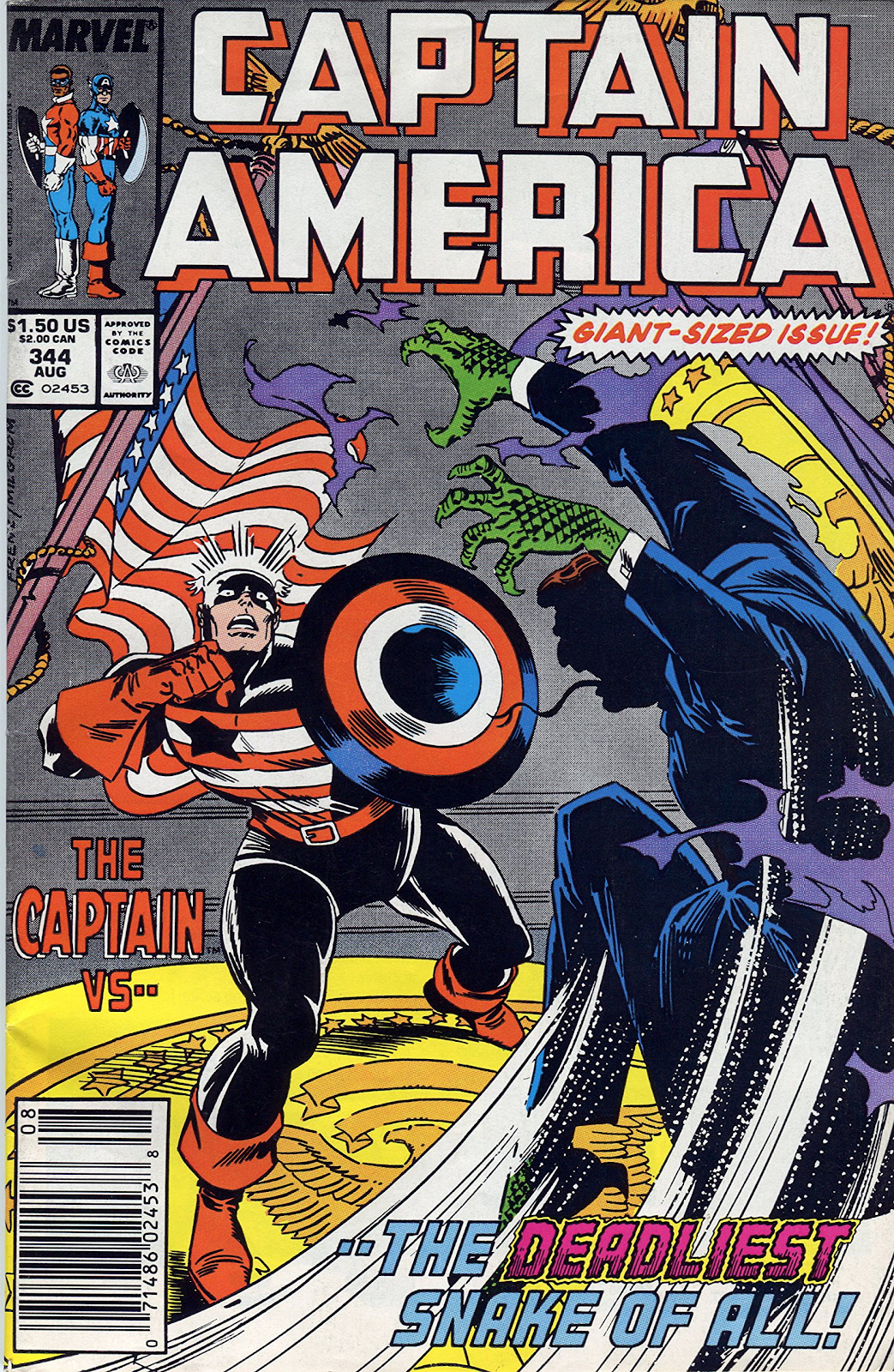 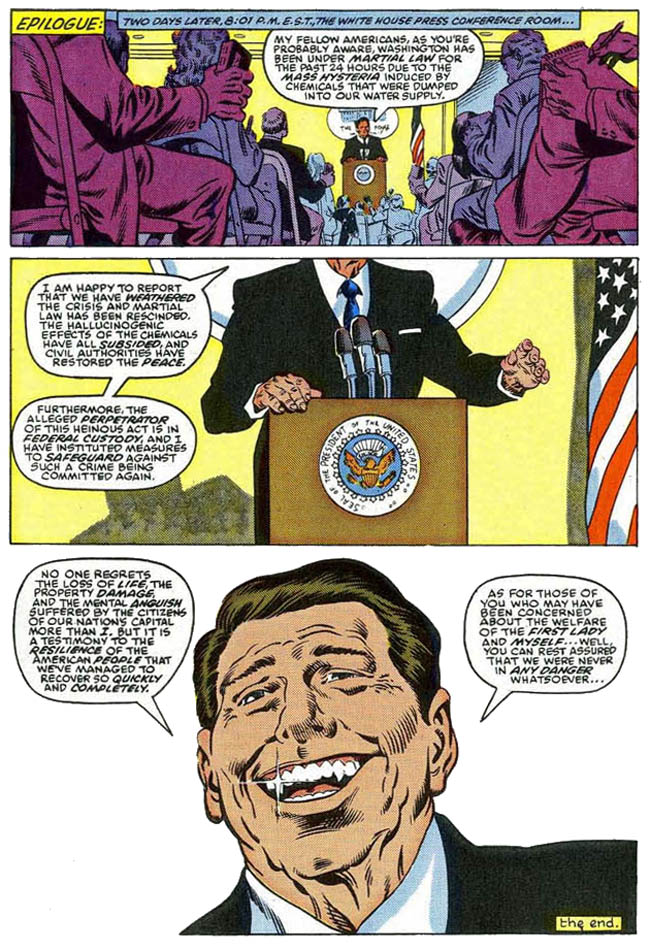 This issue has always been a bizarre one but definitely one of my favorites. The 40th president is never explicitly named but it is heavily implied as Steve Rogers, known only as the Captain in this arc, must stop a plot by the Serpent Society to mutate the population of the country’s capital into serpentine creatures to serve their cause and create a new world order. This of course, reaches the head of the oval office and the first lady, where Steve barely manages to reverse the effects after a brief physical altercation but by the end of the issue it ends on a visual cliff hanger that makes you wonder if the day was truly saved. It definitely deserves a read if not for the insane plotline but it takes place in the middle of the plotline where John Walker takes on the role of Captain America and Steve fighting to protect democracy from not only the Serpent Society but many other hidden dangers. With John Walker’s (US Agent) MCU debut just around the corner, these back issues are a definite must read! 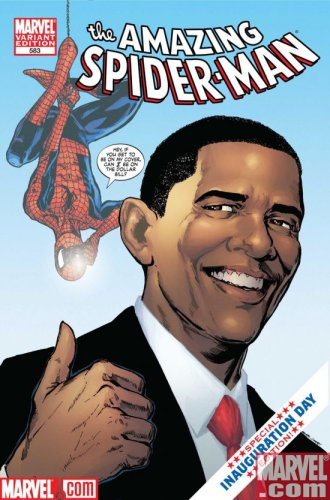 Spidey meets the President! This now iconic cover is no stranger to collectors as Spider-man saves President Obama (and now our current President Biden!) from a deadly impersonation attempt by the Chameleon who intends to take his place at the head of the nation. This one was always a fun one for me as well, Peter is a reporter for the Daily Bugle at the 2008 inauguration when he comes across the plot that only Spider-Man can resolve. This issue features many congressmen and senators including the late John McCain and is overall a really fun collectible issue and read, highly recommend! 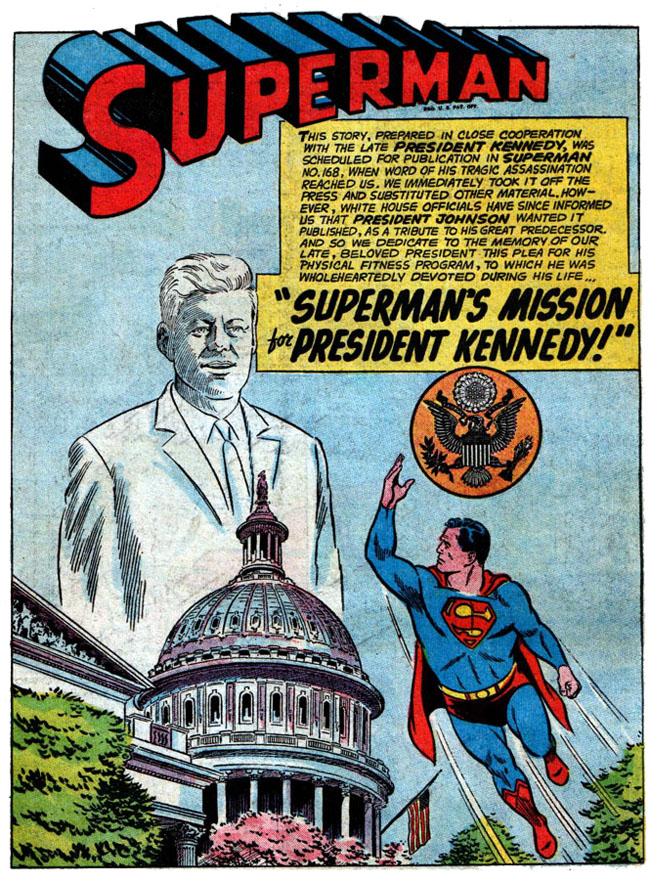 This issue was a special one because it serves as a tribute to the late president, John F. Kennedy. It is a short story in the book, titled as Superman’s Mission for President Kennedy. It was a campaign to support physical fitness in youth but was later published in his memory as it was being written and drawn just months before his assassination and it was postponed for release until several issues later. The original comic art and proceeds were donated to the Kennedy Memorial Library and was even encouraged to be published by President Johnson to honor him. Great read of another time, I highly recommend giving this ten page story a read. 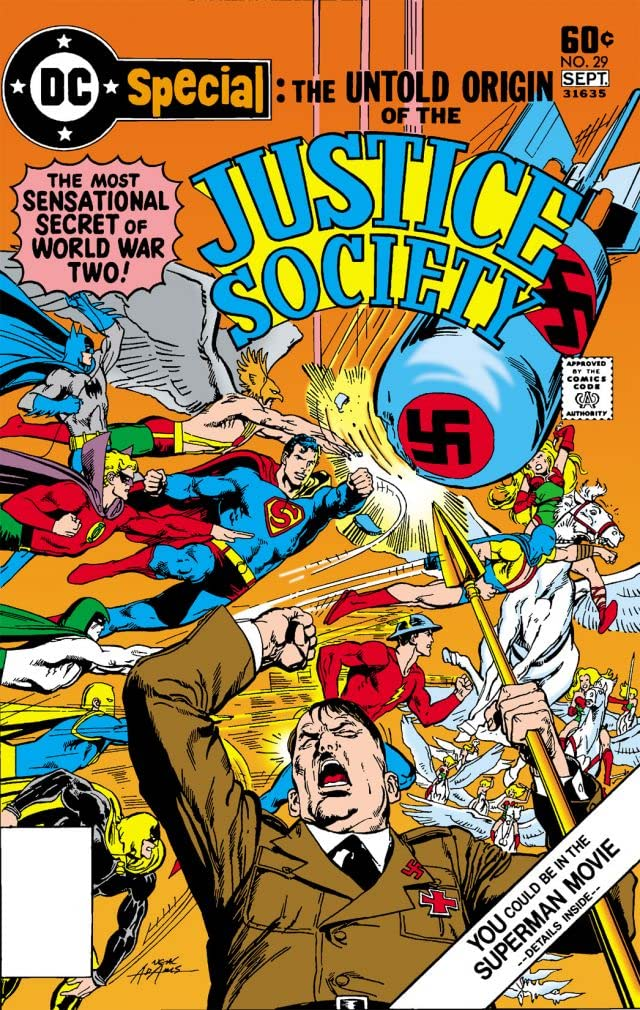 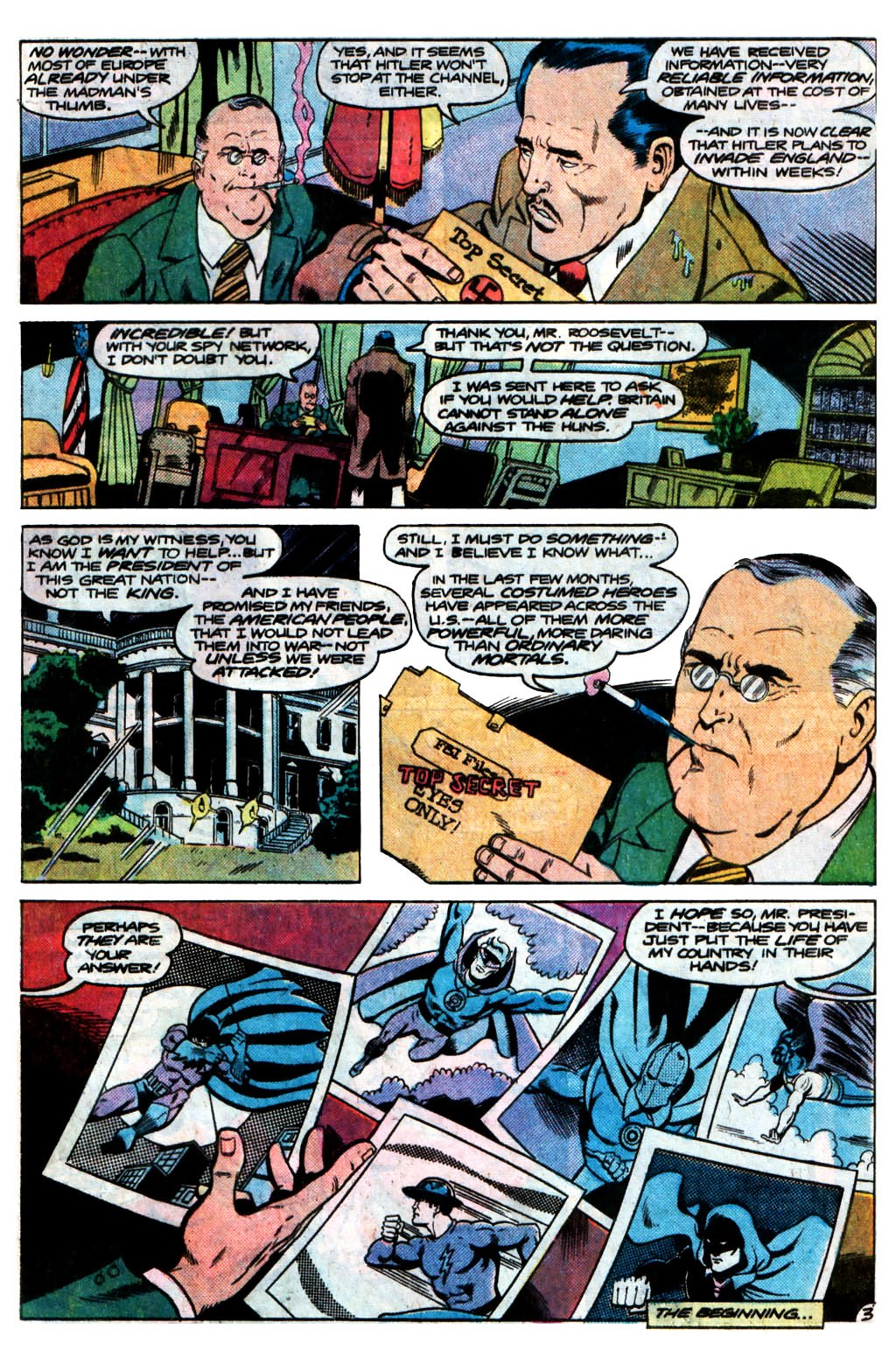 It is a known fact that the 1940’s spawned so many of our favorite heroes and it’s acting president during the war years was a key player in the comics all across the board as well in of course, real life. The Justice Society of America is universally recognized as comics first superhero team and in their first appearance in All Star Comics #3 (All American Publishers, then National Periodical, which would form into what we know as DC Comics today) we already see them as a team but it wouldn’t be until DC Special #29 (1977) more than thirty years later that we see the origin of the team and the 32nd presidents’ involvement in their formation. They come together for the greater good in their first appearance but we later see Roosevelt is the one behind their formation in hopes they can continue to save the day for not only the American people but for peoples across the world. (They have another great retelling with the President in Secret Origins Volume 2 #31!)

Now the above comics featured many dramatized stories of actual Presidents of the United States but there is no shortage of original comic characters who have gone after and even taken on the role of leader of the free world. Featured here are some of my favorite particularly zany storylines! 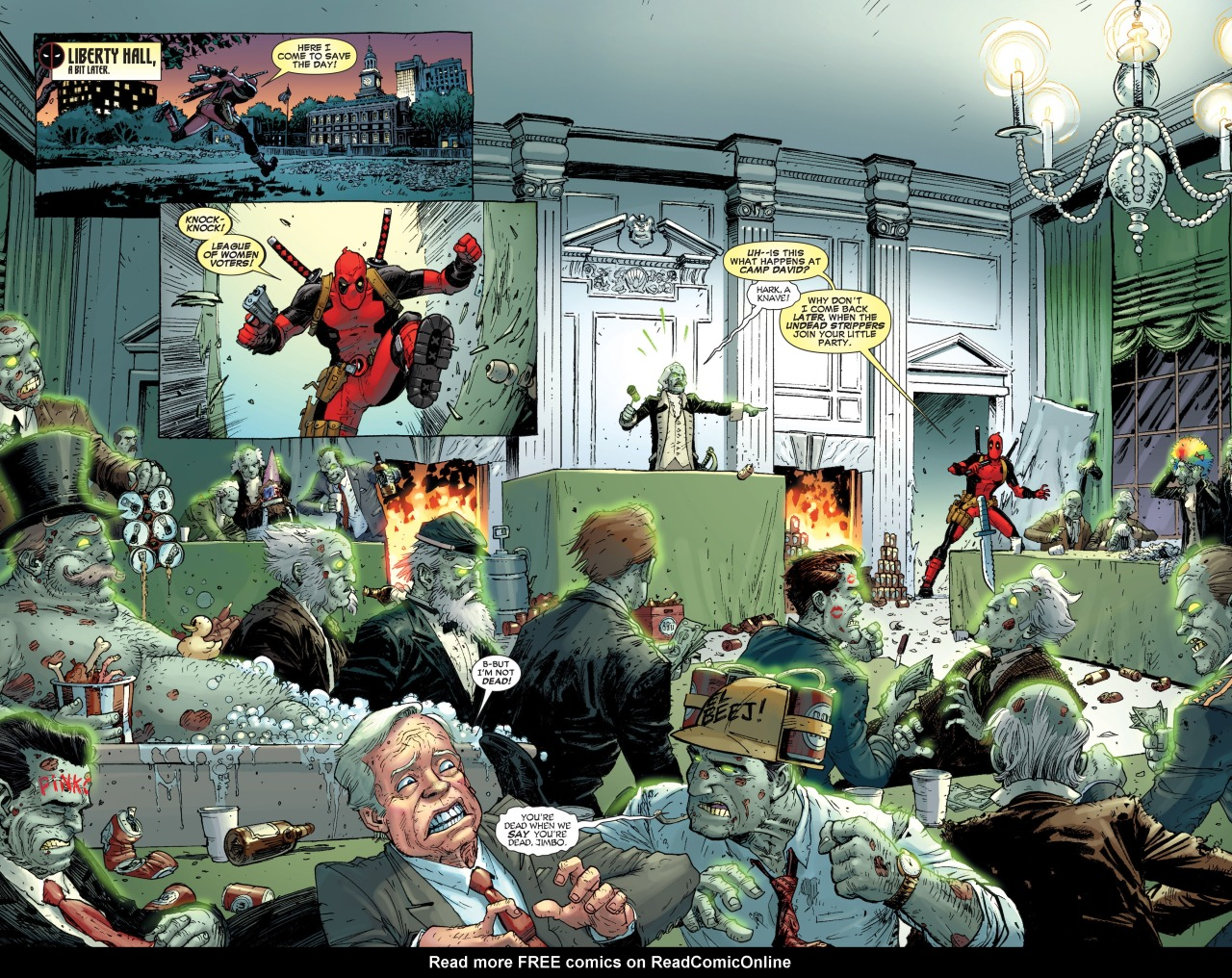 Marvel NOW was one of now many soft resets of the Marvel Universe and one of the biggest hits of that era was Deadpool and a huge standout of that run was the first story arc entitled, “Dead Presidents.” Through this arc Wade has to fight off (four) scores of zombie former US Presidents from Washington to Nixon and many many more. It’s an insanely silly and gory story that keeps you coming back for more. 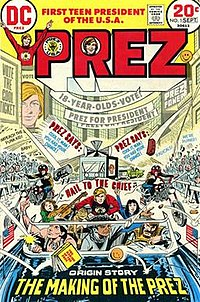 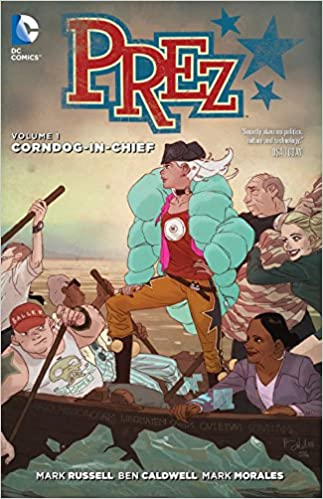 DC’s Prez was a short lived comic published in the 1970’S featuring an 18 year old boy named Prez Rickard who becomes the first teenage president. Its content is definitely a bit dated but it is a snap back into DC’s history of what we’ve all dreamed as a kid of what it would be like to grow up and be President, in his case sooner rather than later. In 2016 DC revived the title with a new teen president, Beth Ross in a limited series that brings the title to modern times for a great short read. 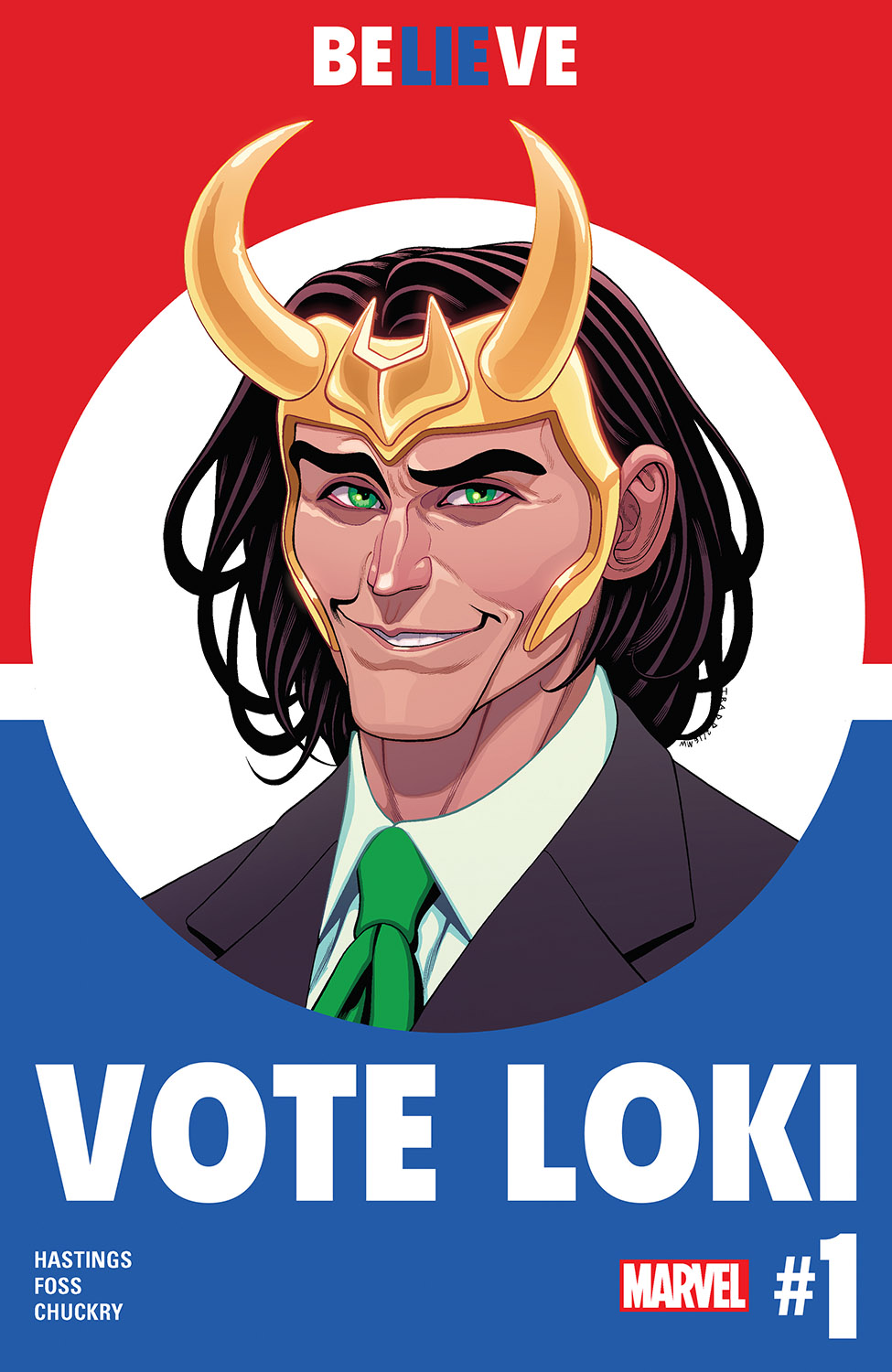 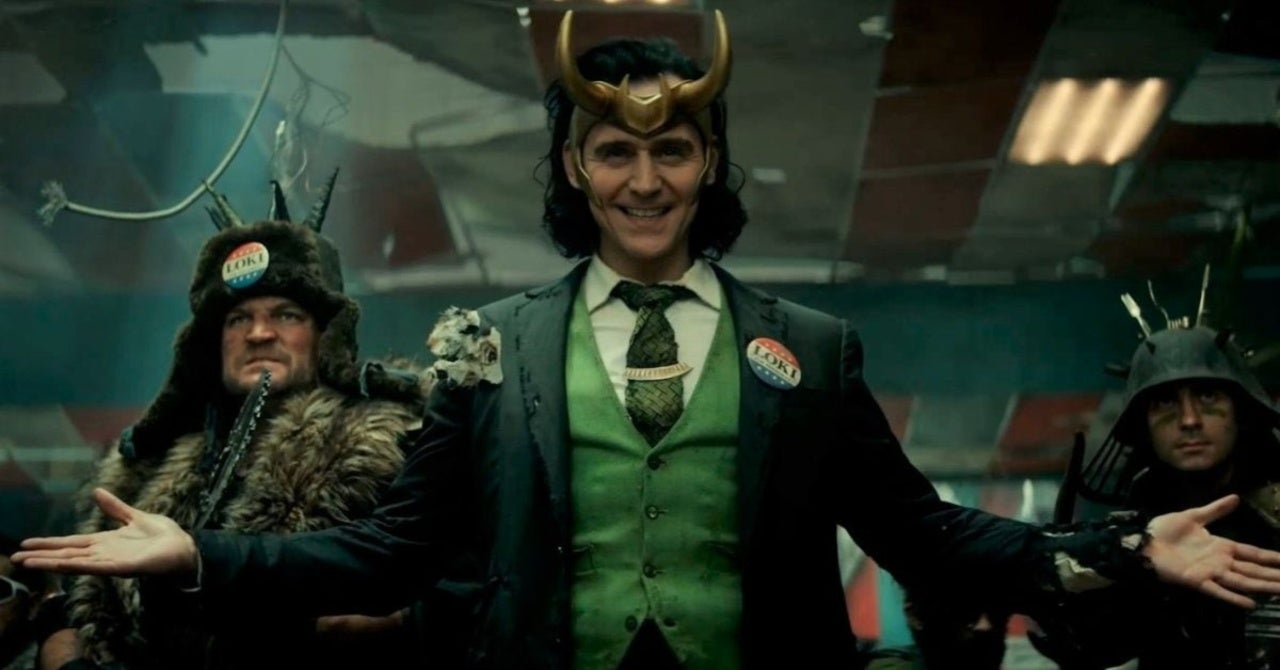 This one is an exciting one given the footage we’ve seen from the upcoming Disney+ show, Loki starting this spring where we see Tom Hiddleston wearing the iconic garb from this mini series, though we don’t know to what extent the show borrows from the comic. Vote Loki is a satire of the 2016 presidential election and the real life candidates are present to an extent but it’s a smart and fun series of the Asgardian trickster god running for the oval office himself…! 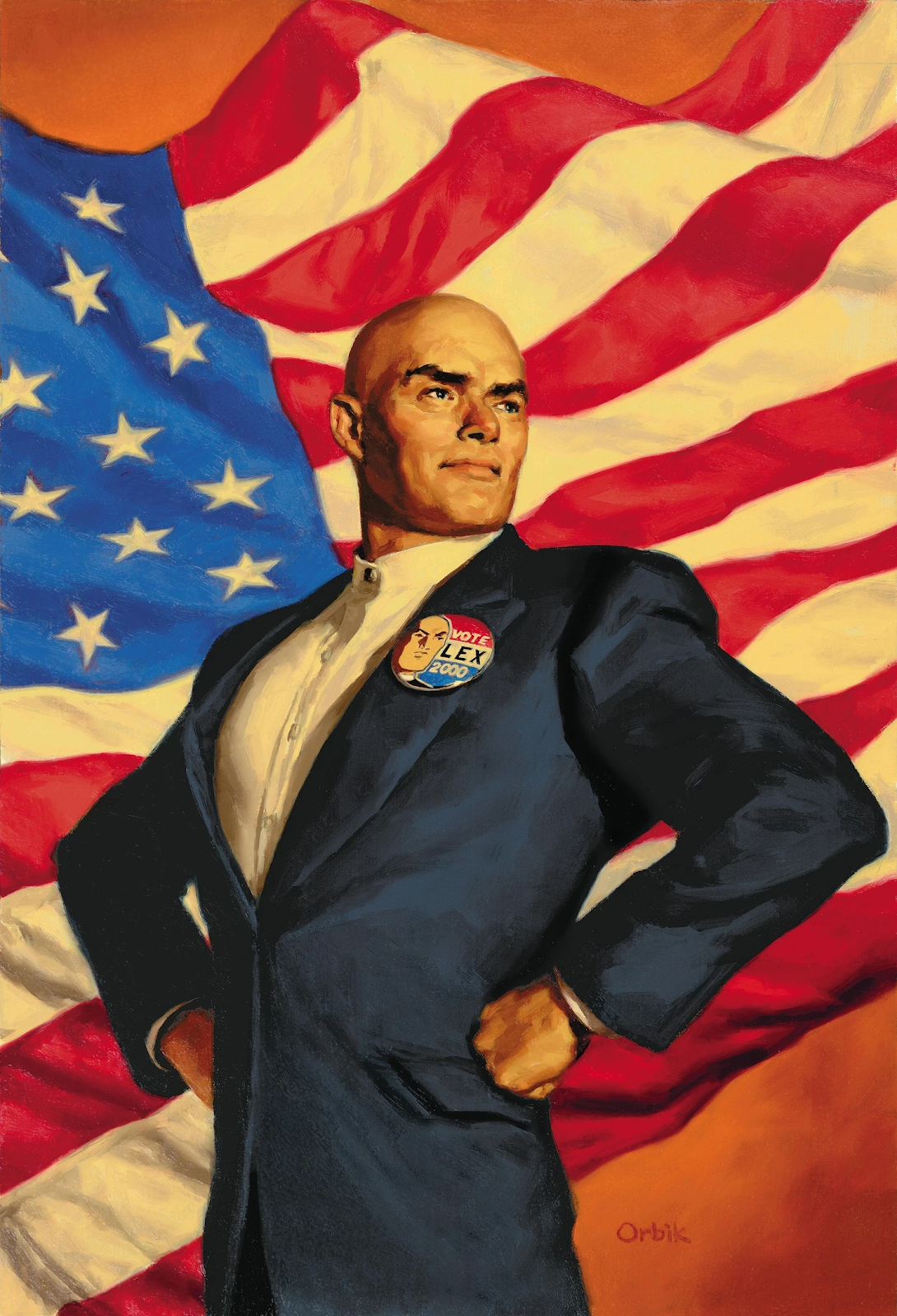 Lex Luthor is well known as Superman’s arch enemy but despite all his evil over the years he’s graced the title of POTUS in several comics and animated iterations of the character. Most well known is the Justice League storyline where he is President and Superman has a moral tipping point of either killing Lex and spiraling the Justice League into a totalitarian reality or not giving into his taunts and letting Lex get away with what they both know is wrong. In comics, it is in the Batman mega event No Man’s Land that we see Lex as Prez and is deposed eventually by both Supes and Bats after he is caught making deals with Darkseid. In Elseworld’s, we see him as an actual prosperous  president in Superman: Red Son, the insanely popular one shot where Superman lands in the Soviet Union instead of Kansas, USA as a child fleeing Krypton. All of these storylines are pivotal in the comics and animated DC universes and show just how complex a character Lex and the title of President really is. 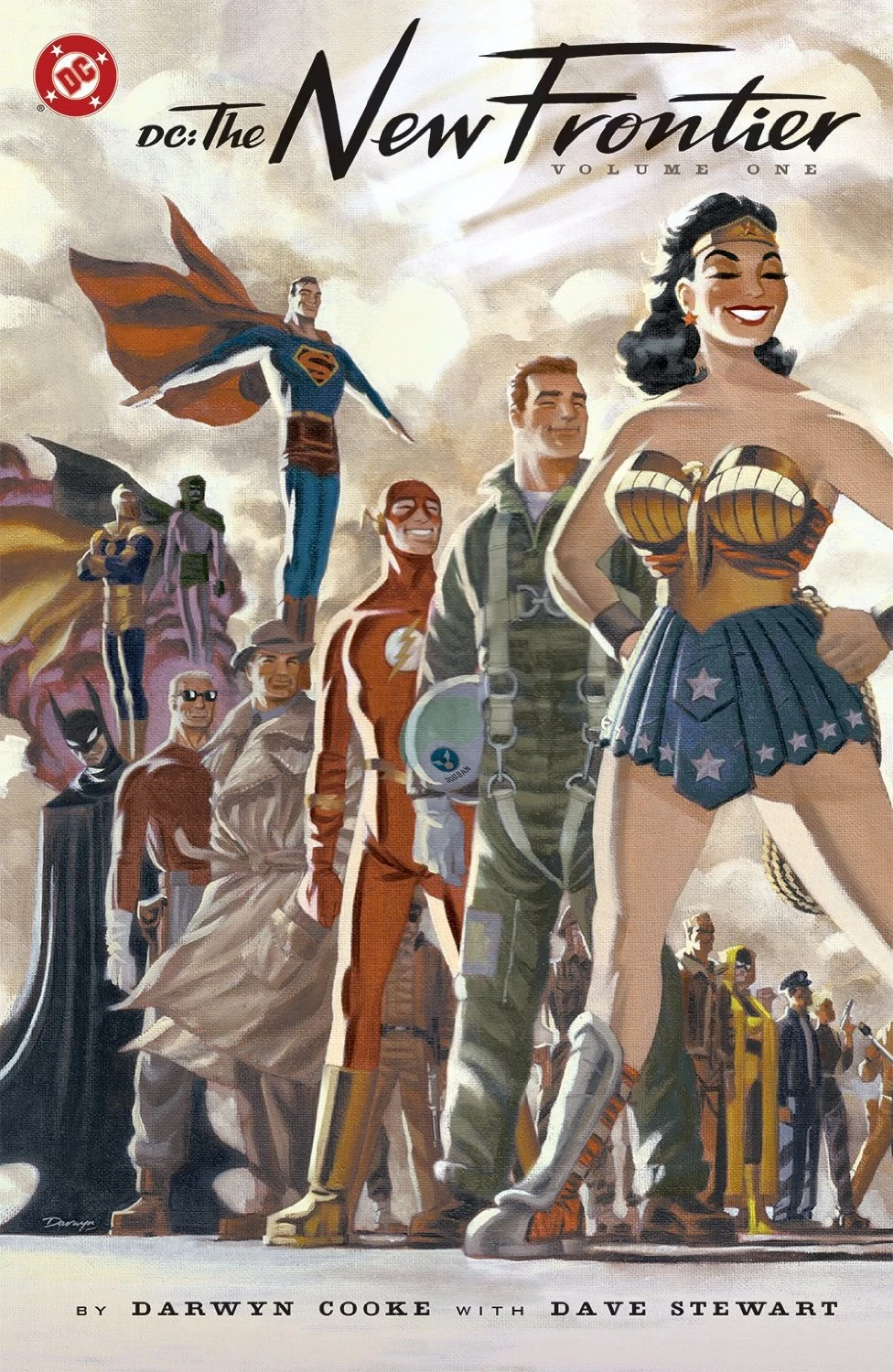 I can’t count how many times I have praised DC New Frontier in my blogs but here I go again! DC New Frontier is an idealized vision of golden/silver age America and its published comic characters uniting to fight a horrifying enemy. The reason I am posting it on this list is because it features several US presidents that inspire and guide our heroes to coming together and representing the country as what it stands for, hope. Former Presidents Eisenhower and Nixon have small cameos and the title is a reference to John F. Kennedy’s New Frontier Speech (who appears in the animated film adaptation):

“We stand today on the edge of a New Frontier—the frontier of the 1960s, the frontier of unknown opportunities and perils, the frontier of unfilled hopes and unfilled threats. ... The pioneers gave up their safety, their comfort, and sometimes their lives to build our new west. They were determined to make the new world strong and free - an example to the world. ... Some would say that those struggles are all over, that all the horizons have been explored, that all the battles have been won. That there is no longer an American frontier. ... And we stand today on the edge of a new frontier, the frontier of unknown opportunities and perils. ... Beyond that frontier are uncharted areas of science and space, unsolved problems of peace and war, unconquered problems of ignorance and prejudice, unanswered questions of poverty and surplus. ... I'm asking each of you to be pioneers towards that New Frontier. My call is to the young in heart, regardless of age. ... Can we carry through in an age where we will witness not only new breakthroughs in weapons of destruction, but also a race for mastery of the sky and the rain, the ocean and the tides, the far side of space, and the inside of men's minds? ... All mankind waits upon our decision. A whole world waits to see what we shall do. And we cannot fail that trust, and we cannot fail to try.” 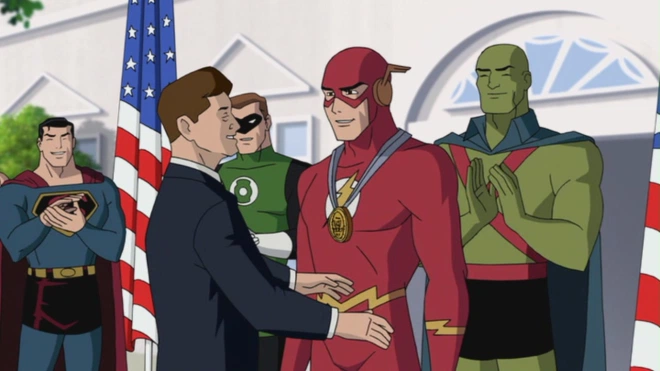 Thank you so much for reading and again, apologies for the very late article about this holiday rich in historical context. We hope all of our customers are doing well and are safe after the storm and a special thank you to all of our customers who came out to support us during last weekend’s back issue sale. Be sure to tune in every Wednesday for our Facebook live sales and keep your eyes peeled for news of our upcoming spring sale!