WandaVision: Why you should read Vision by Tom King 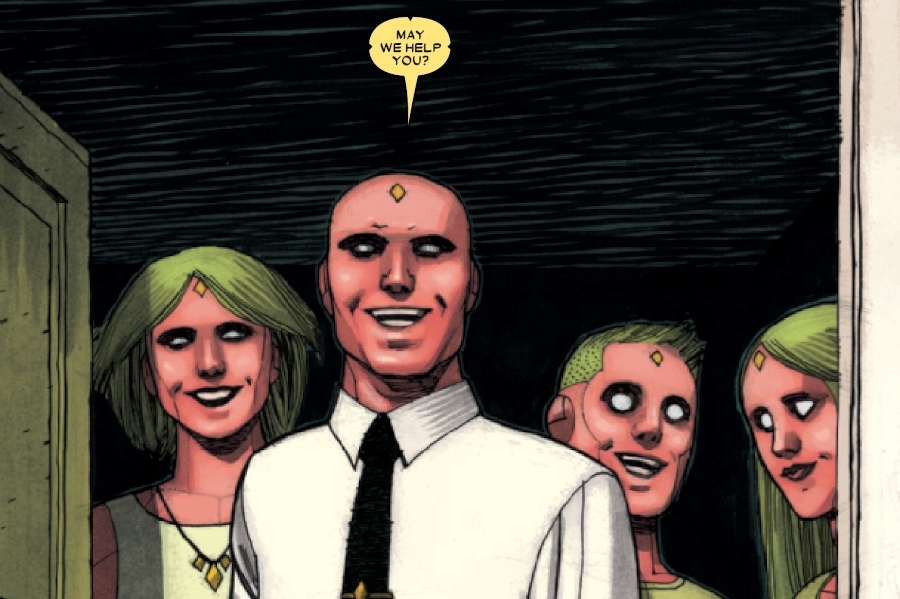 The twelve issue maxi-series released in 2015 has long been my favorite work of King’s and that says quite a bit given his many volumes of work. Vision is a story of the titular character and his Midwestern modern nuclear (literally) family he creates for himself in trying to create a normal human life. The book has an eerie uncanny valley vibe to it, with Vision and his wife Virginia having cold conversations about their children Viv, Vin and their dog Sparky over a dinner they can’t eat to keep up appearances of normalcy. Even in the first issue you see the cracks, much like in the first episode of WandaVision in having the Hart’s over, we see a very similar interaction with Vision and his neighbors who come by to welcome them to the neighborhood. You see the Visions do everything they can to be normal and that comes down to keeping secrets, community pressure, deep dives into Marvel history and even murder to protect the “vision” of perfection he created for them. It shows how hard he tries to be human, to be more than Wonder Man’s psyche, Ultron’s shadow, Wanda’s lover, and be his own man but it is an extremely faulted view of life.

Five episodes into the show, it is obvious how the TV series takes quite a bit of inspiration from this title, with the timepiece setting and feel, the questions we ask of how they have come into this situation, and a deep dive into what makes these characters. This book focuses on Vision and his own struggle in identity but it does tie into his past with Wanda in a stunning 7th issue of not only the considered  the absurdity of their relationship and their “twin boys,” but of how Vision was created and what pushed him to this point. The Disney Plus hit is obviously taking place more in Wanda’s point of view with her seemingly pulling all the strings in her grief and the future her and Viz could have had but this book, just like the show, makes the reader think of what makes one human, what makes a family, and what would you risk to keep up the façade. 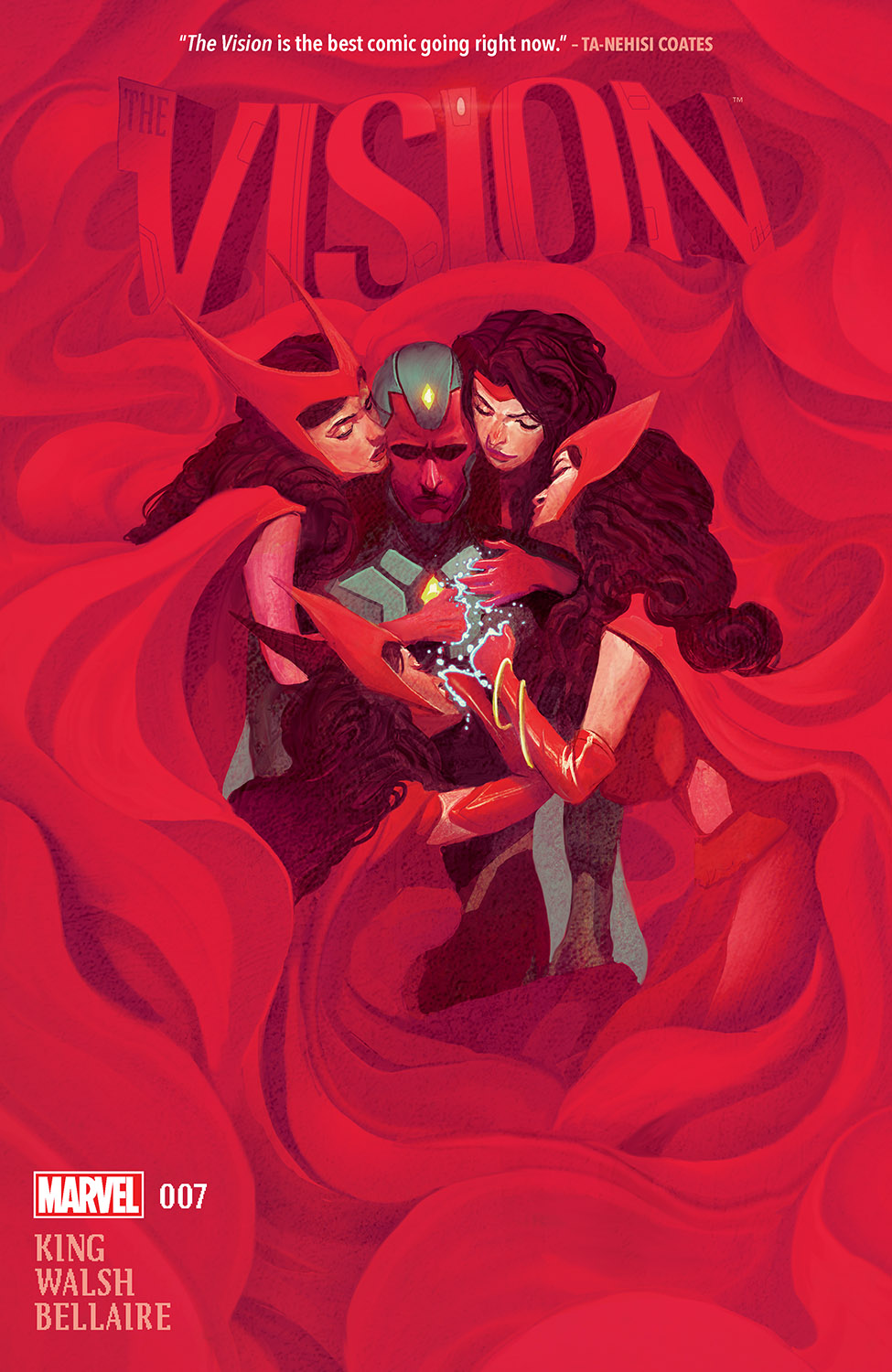 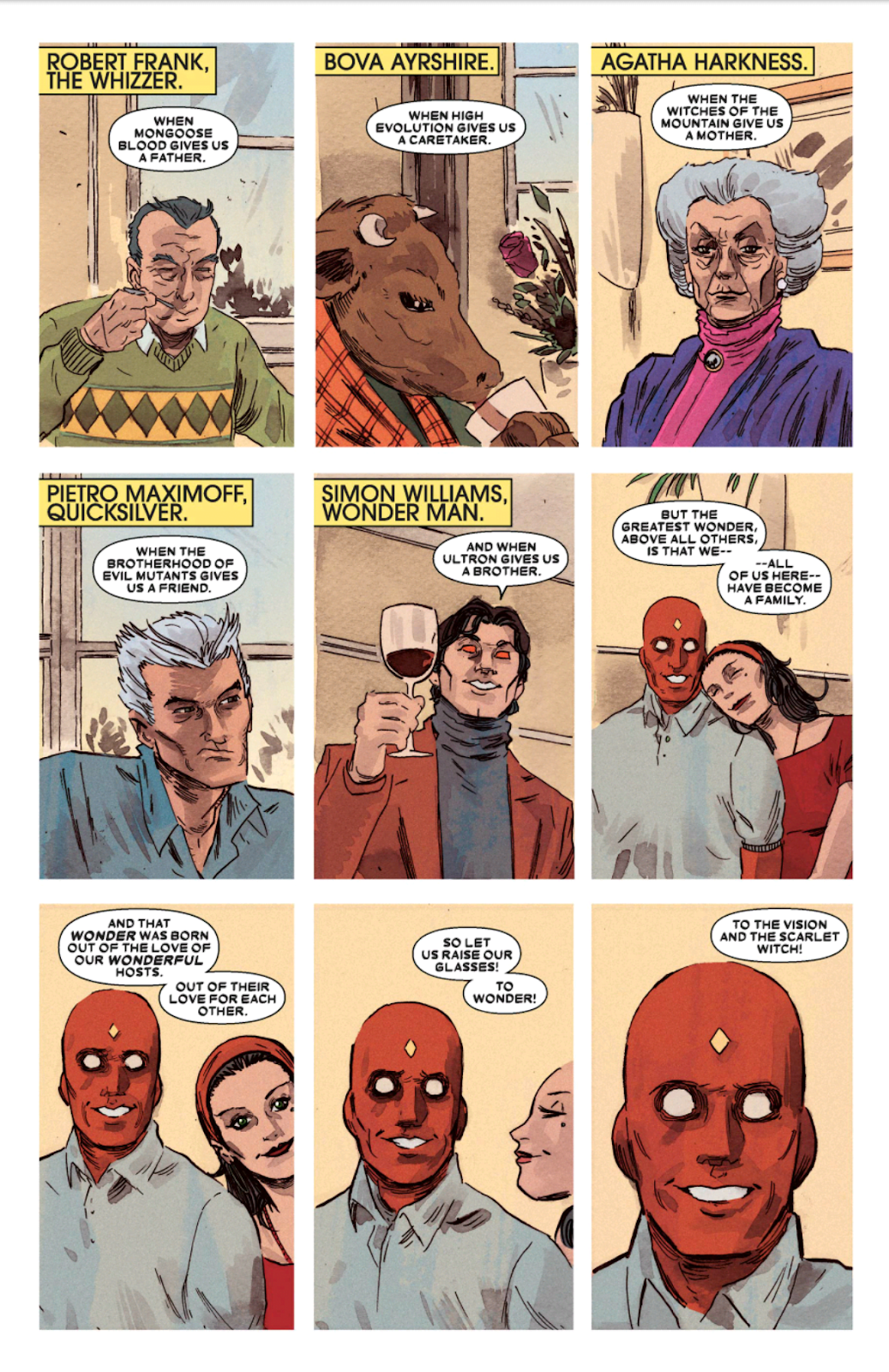 Bedrock City Comics has your source for all rogue Avengers titles (and more) and I highly recommend this title, Vision (2015), House of M, The Saga of Vision and the Scarlet Witch (2021) and the limited Scarlet Witch (2015) series for more insight on the show and for any advice on any other title come on by safely to any of our six Houston locations for a recommendation and a chat about the show!