Who Are the Justice League International? 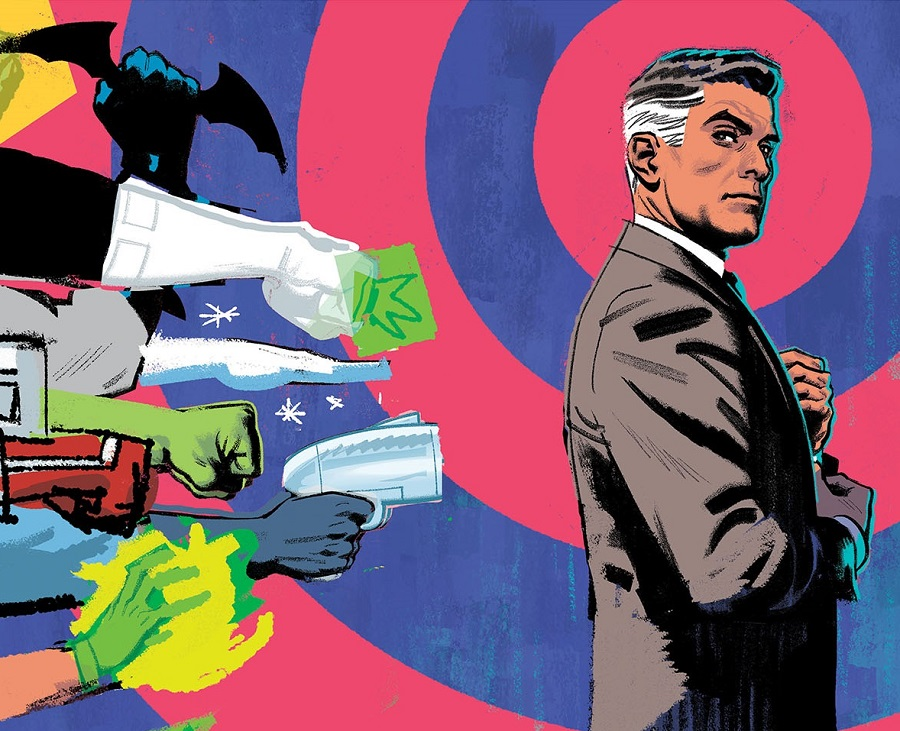 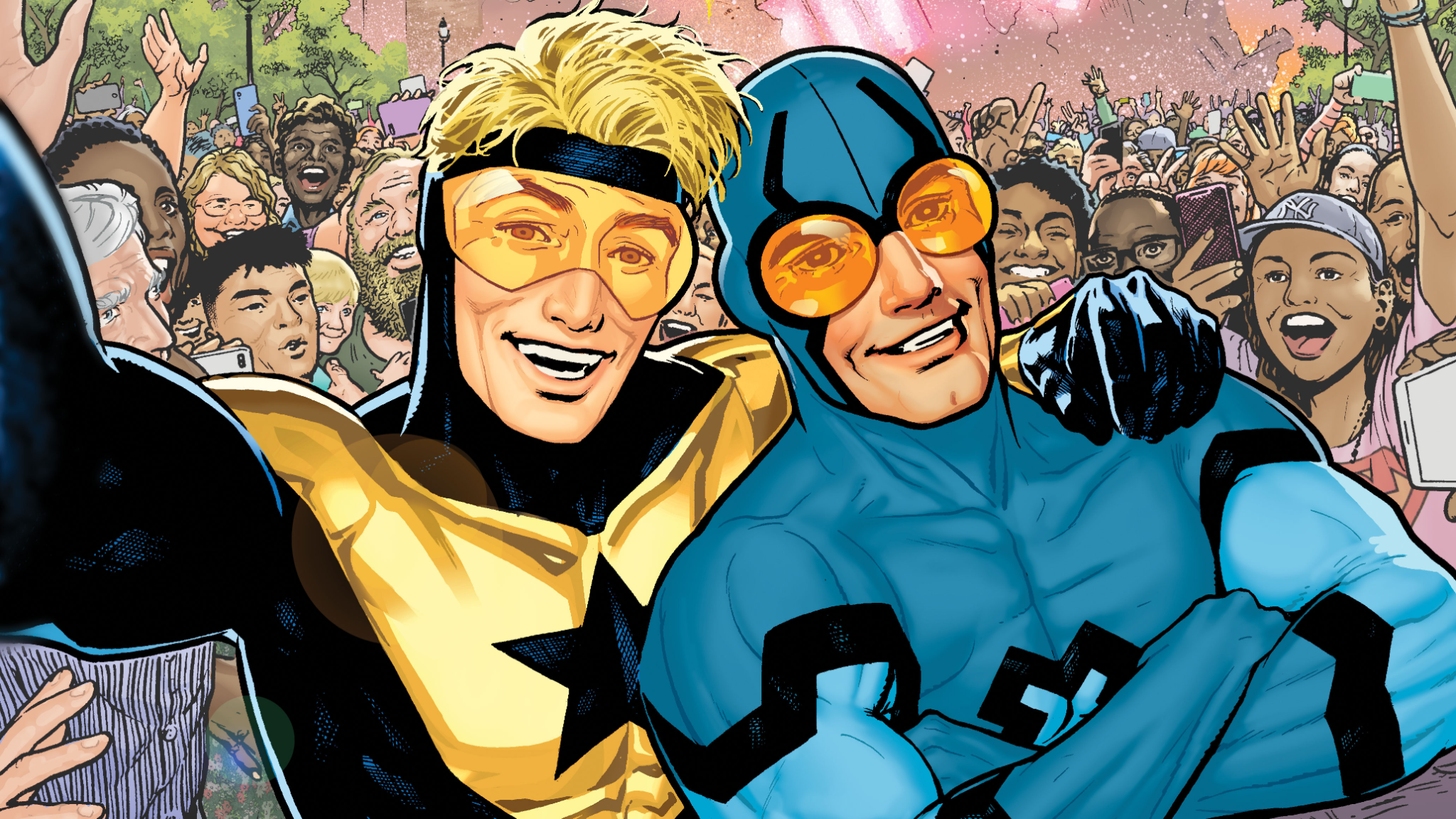 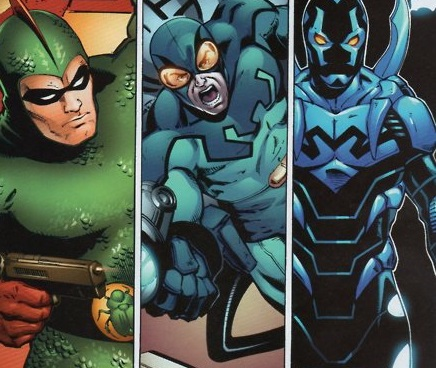 Ted Kord is not the first comics character to be known as the Blue Beetle nor was he the last, but he is always going to be my favorite iteration. Famed inventor and head of Kord Industries, Ted has no powers of his own beyond his inventions. The original Blue Beetle and the most recent, Dan Garrett and Jaime Reyes, had the power of the mysterious Scarab to give them superhuman abilities but Ted, unable to utilize this, only uses his genius mind and sense of humor to get him out of hairy situations. He is long known as being the best friend of Booster Gold and their antics are memorable in every title they’re in, and especially now that they will finally have their own! This limited series shows the duo trying to escape anonymity and strike out on their own without the League, who sees them as little more than ‘class clowns’ of the gang, especially Booster. But they never give up on one another and pursue influencer fame via streaming. It sounds harebrained and wacky and that’s exactly how I love them! Now Ted and Booster haven’t been all fun and games in their comic book history, with Ted Kord’s murder at the hands of former friend Max Lord being a major turning point in DC’s future (Countdown to Infinitie Crisis #1). Now Ted’s death was actually one of the more permanent deaths in DC until DC Rebirth (reboot of the universe in 2016) and now they are slowly having a return to form for the character. Ted is a smart, funny, capable character that has gotten the short end of the stick these past decade or so so I can’t wait for him and Booster to shine in both of these upcoming miniseries! 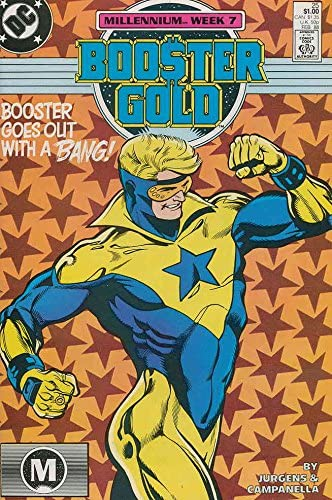 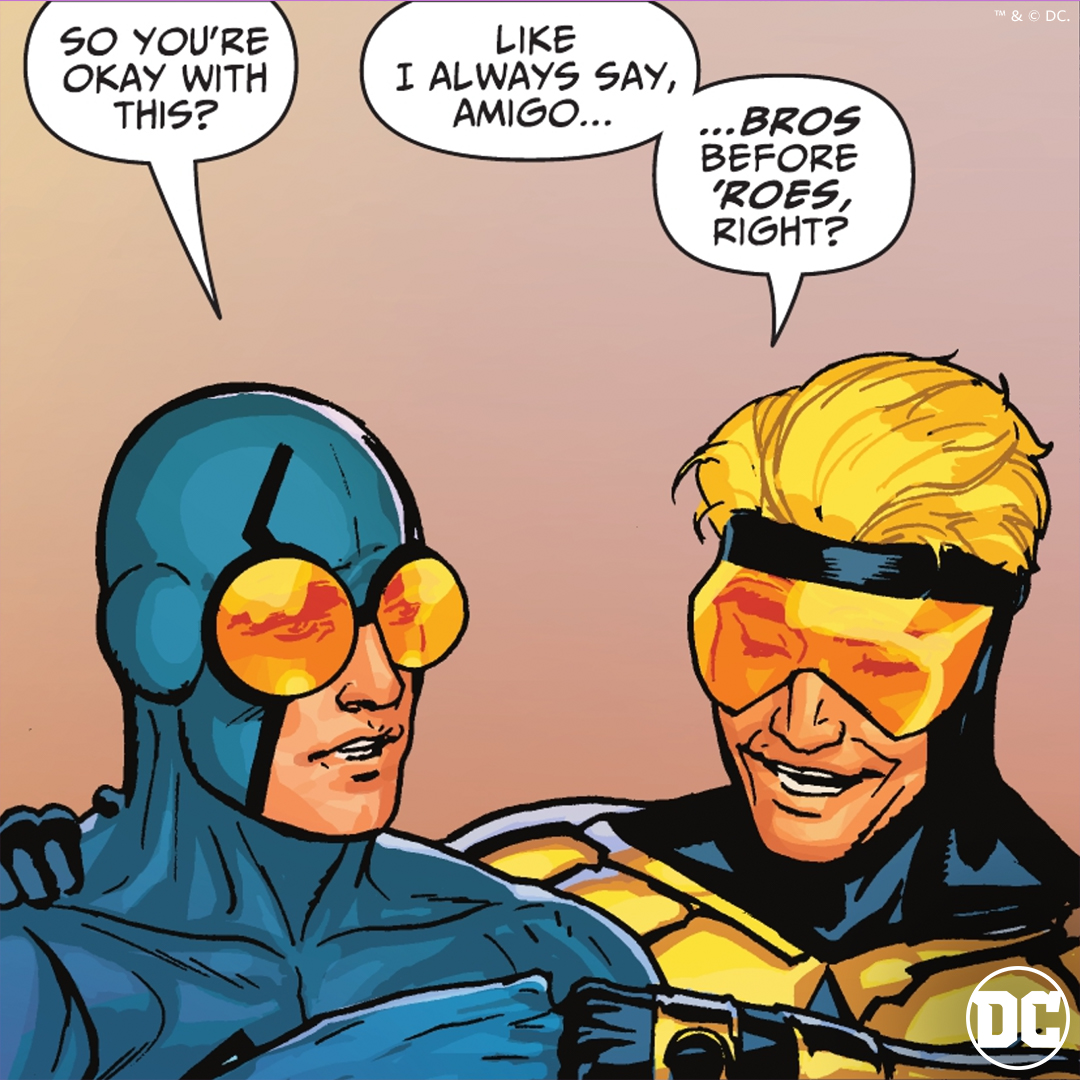 Booster Gold, aka Michael John Carter, made his comics debut in his own book of the same name in 1986 created by Dan Jurgens. Booster is a time traveler from the 25th century, using his golden super suit and a Legion flight ring to become a super hero of our own time. He is oft accompanied by his straight man robot sidekick Skeets who keeps him in line and Booster himself is usually within arm’s reach of his best friend and fellow League-er, Ted Kord aka Blue Beetle. Booster Gold to me, is an unsung hero or as his moniker goes, “the greatest hero you’ve never heard of,” and despite his blowhard personality he really does have a heart of gold. He is introduced to the League in JLI as a hero being represented by the now known as villainous Max Lord and proves his worth by helping defeat the Royal Flush Gang and earns Batman’s approval for a spot on the team. He is known as the goof off of DC characters but one of my favorite character defining moments of his is when he attempts to go back in time to save Barbara Gordon from being shot by the Joker. He fails again and again and again, learning that this moment was predestined to happen which is where he learns the same of Ted’s death, but he doesn’t ever stop trying. He is my favorite DC hero because of this, even if the odds are stacked against you, you follow your heart and do what’s right. I cannot recommend that run enough (pre New 52 series!) as well as Justice League International, he is my favorite DC character of all time and with Blue and Gold hitting the shelves soon I hope he becomes yours as well! 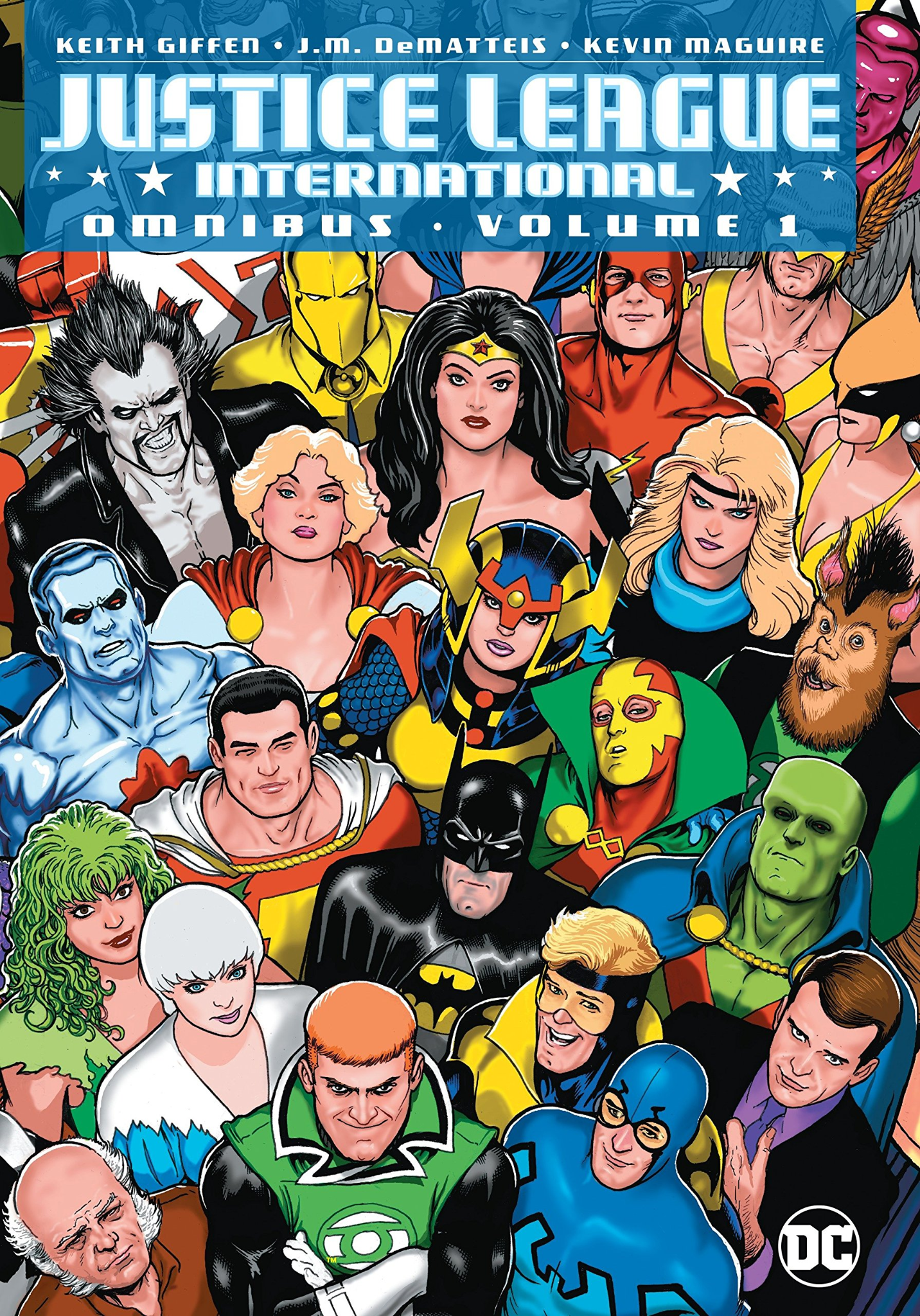 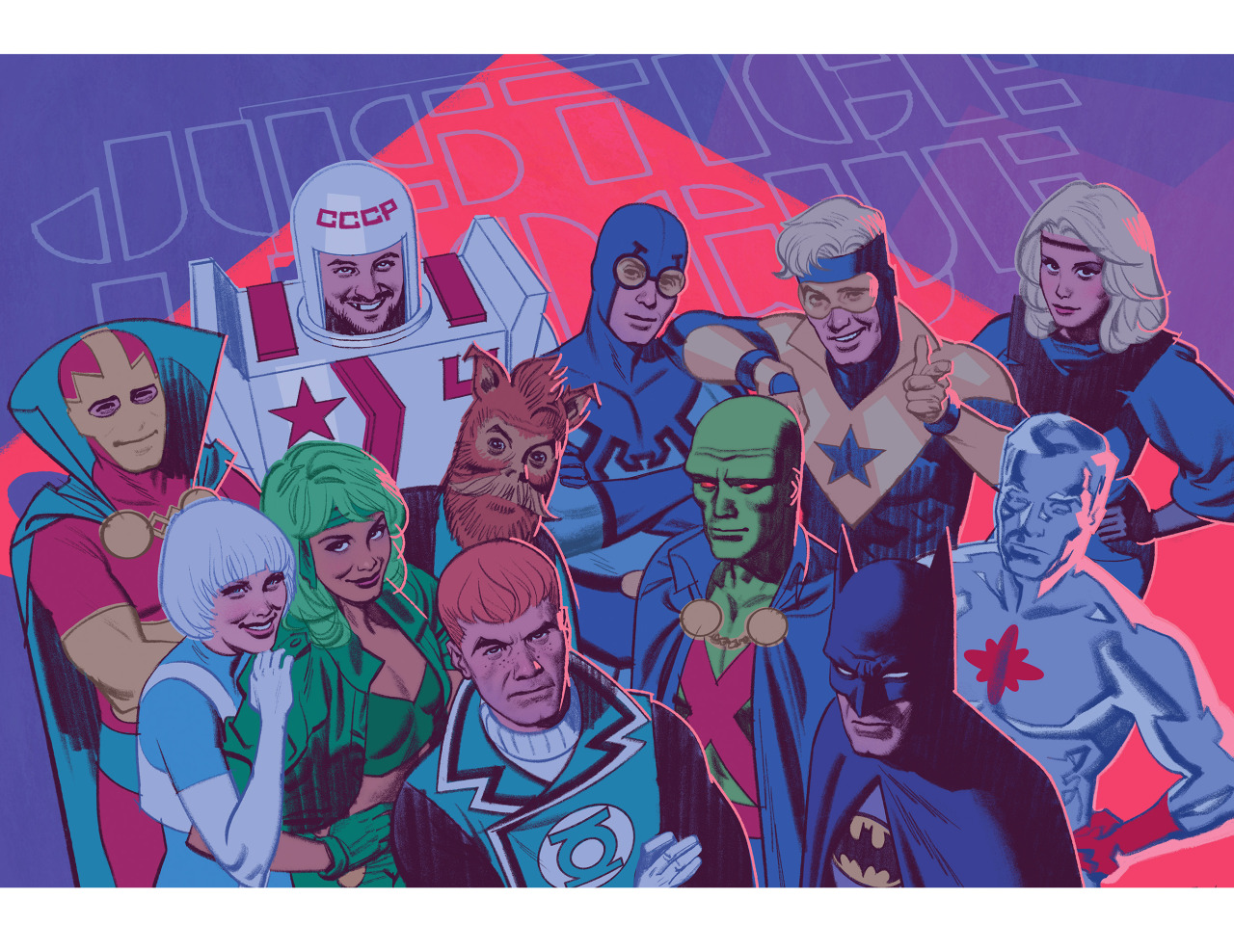 Y’all can fight me on this, but this run of Justice League is the best one, hands down. It has humor, heart and it has consequences. I fell in love with every character of the league, this is what made Guy Gardner my favorite lantern (to the chagrin of my coworkers), made Booster and Blue Beetle my favorite comic book duo, gave us Fire & Ice, Black Canary and more leading ladies in major roles, gave us the infamous Batman ONE PUNCH! scene, and it’s a run I can always go back to for a laugh. The reason I’m writing this list too is because in Tom King’s latest book is about Human Target but those hunting him are the characters from the Justice League International. They don’t get a lot of the limelight these days, especially Fire, Ice, Rocket Red, G’Nort, etc, etc, but I am beyond thrilled that this early nineties hit will be able to let their powers and humor shine through again! You will not be disappointed by picking up this run, they’ve recently released two giant-size omnibus of the entire run so now you have no excuse not to. If nothing else on this list, read this book and love this team!! 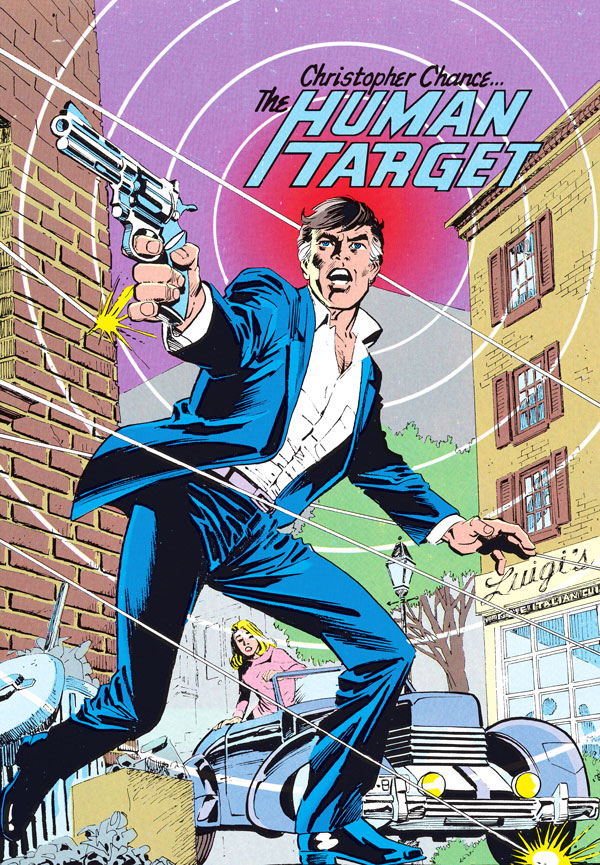 Now in support of honesty, Christopher Chance is not a character I have read much on and I feel as if I’m not alone in this case. Tom King has made a reputation in the past few years of writing deep introspective miniseries on unsung Marvel and DC heroes with the likes of Vision, Mister Miracle, Rorschach and even Strange Adventures and now the Human Target is being added to that list. You can see a big flair of Darwyn Cooke’s New Frontier style being done for the promotional images by Greg Smallwood so art wise this book is looking killer but who is Christopher Chance? He’s also not the first person to take on the title of Human Target the first being Fred Venable, first appearing in Detective Comics back in 1953, but the more well known if you can say well known, is Christopher Chance, making his debut in Action Comics in 1972. His talent lies in impersonation, stepping into the shoes of those marked for murder and solving crimes and stopping the killers before they can make their mark. He appeared in back up stories for Batman and Superman and has had several limited series in the past but not within recent memory. I cannot wait to see how they revive this character and bring my favorite JL team into the fold but we will find out this November when issue one releases!

Thank you all for reading and be sure to add blue and Gold and Human Target to your pull lists! There is a plethora of great titles releasing this fall so be sure to come and visit any of our stores to catch up, shop, and see your favorite crews. Stay safe out there and see you soon!