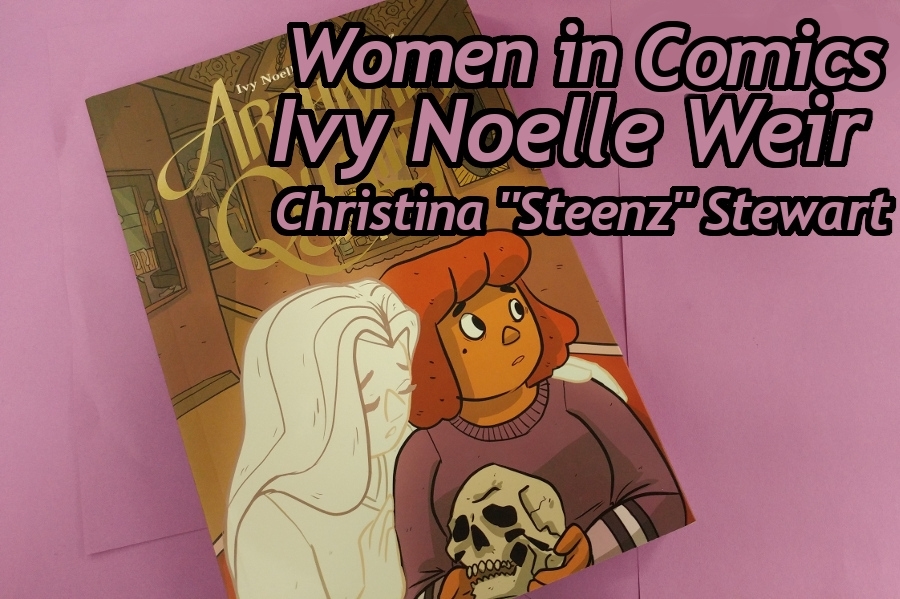 This week, we’re focusing our attention on two spectacular ladies who are making waves! Taking the comic book world by storm in stores and in the community, they banded together to create their very own graphic novel!

Celeste Walden isn’t having the best of luck. After having a breakdown and getting fired from her last job, the only place hiring is the mysterious Logan Museum. As the new and only night time employee, Cel starts to feel that she may not be as alone as she thought she was. 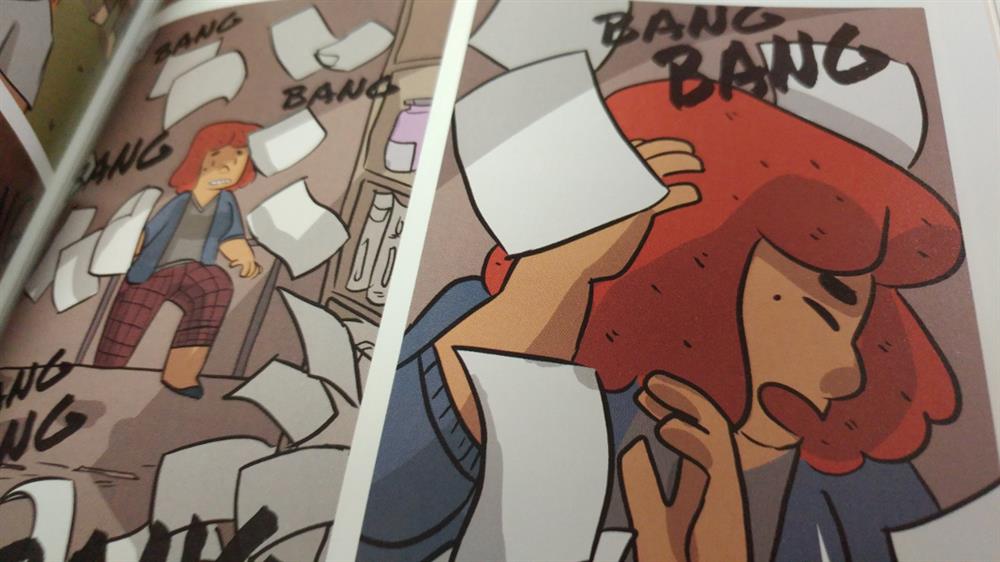 Inspired by a not-so-great time in her own life, Ivy Noelle Weir brings us a chilling ghost story that Steenz’s artwork brings to life, no pun intended. As we follow Cel’s investigation of the wrongful death of a restless spirit, she’s led on a wild ride into the dark, sinister world she’s unwittingly signed her life to. The more obsessed with discovering the truth she becomes, the further away she distances herself from everyone around her, going so far as to break up with her boyfriend and avoid every other living person until she can solve this mystery.

But this story is about more than a wrongful death cover-up. From beginning to end, we watch Cel dealing with depression and mental breakdowns and the numbness that comes from it. Cel’s experiences are a realistic representation of what millions of us go through on a daily basis, and showing how debilitating depression can be. And despite all of the obstacles in her way, both mental and physical, Cel persists and unlocks the truth.

Ivy Noelle Weir and Steenz are both active in the comic book community and are making their marks. Ivy is currently a publicist for Quck Publishing and can be found on Twitter @ivynoelle or you can check out her website, IvyNoelleWeir.com. Steenz has joined the ranks at Lion Forge as an Editor, but always has time for her art. You check her out on Facebook at Art of Steenz and tweet at her @OhHeySteenz.

You can get your copy from any one of our locations for only $19.99.